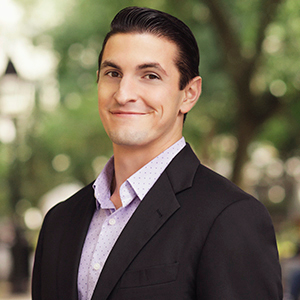 Commercial real estate professional Alexander Vellios focuses on representing tenants throughout New York City and other major urban areas in the United States. He also handles landlord agency representation to market and lease various New York properties.
Before joining Compass, Alexander was an associate director for the Abrams Retail Strategies Group at Eastern Consolidated. He also worked with Pyramid Management Group, developers and owners of 17 market-dominating malls throughout the Northeast, where he focused on business development on behalf of the landlord. Before Pyramid, Alexander was with Okada & Company where he focused on tenant representation throughout Manhattan.
Alexander was named as one of New York City’s Dealmakers of 2016 by The New York Times for his placement of TNH Development's new office in Tishman Speyer's 630 Fifth Avenue property.
Alexander was born and raised in New York, giving him an in depth understanding of city's myriad sub-markets as well as the surrounding area. He attended The University of Delaware's Alfred Lerner College of Business and Economics where he graduated with a bachelor's degree in hotel, restaurant and institutional management. He is fluent in Greek and Spanish.