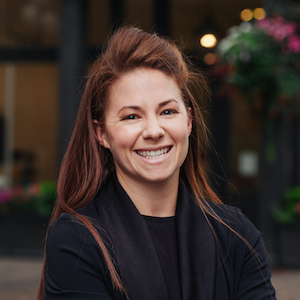 Broker
ashley.santodomingo@compass.com
M: 206-499-2849
About Ashley
Ashley was born in Seattle and grew up in the Greenlake neighborhood. She has an unmatched appreciation of all things Seattle. Ashley prides herself on her commitment to her clients; her savvy knowledge of the market and its specific neighborhoods naturally allows Ashley to convey all pertinent information that may impact a client’s position, good or bad.

After spending the past decade conquering incredible heights as a female executive chef, she’s fully invested into finding homes for families. Cooking and entertaining through food is a never-ending passion for Ashley. As a chef in the restaurant industry, Ashley has an impressive list of accolades that includes being nominated for a James Beard award, competing on the television show Top Chef, and personally cooking for Warren Buffet, Bill Gates, and the Dalai Lama.