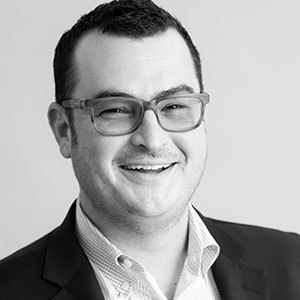 David Berg is one California’s leading real estate professionals whose success over the past 14 years has earned him a position at the forefront of the Los Angeles real estate scene. Consistently a top producer in transactions and sales volume amongst all teams in the state, David (known to most as “Berg”) puts forth an ideal blend of industry knowledge, negotiation skills and authentic personality, resulting in a seamless and enjoyable transaction for all parties. As one of the original Associate Partners at Partners Trust (now Compass), David has been instrumental in the company’s growth. He joined forces with Partners Trust Co-Founder F. Ron Smith to form Smith & Berg Partners, a team known as one of the most active on the Westside, especially in new construction, architectural homes, and as the go-to agents for Westside developers.

Acknowledging a shared command over the local market and innate sense of humor, David and F. Ron, with the addition of a handful of key team players, represent the interests of business leaders, celebrities and residential developers, as well as individual buyers and sellers throughout Los Angeles. With well over $3 billion in career sales, Smith & Berg have brokered some of the most notable transactions on the Westside. Their properties are consistently featured in such media outlets as the Los Angeles Times, Curbed and The Hollywood Reporter, among others.

With a lifetime of exposure to some of the most sought-after neighborhoods in Los Angeles, David brings invaluable intel, insight and relationships to the Smith & Berg team. Known for his arsenal of marketing tools, relaxed energy and proven strategies, David is a smart recruit to your end of the negotiation table. With the utmost confidence, he excels in orchestrating seamless transactions, while managing expectations and maintaining the highest level of integrity among clients and industry peers. David’s astute knowledge of the financial industry leads to continuous transactions for the likes of banking institutions, the Communication Workers of America Union, Los Angeles Leadership Academy and the Florence Crittenton Foundation. His experience includes transacting receivership estates, bankruptcy sales, trust sales, short sales, and bank-owned properties.

While not at the office, you may find David at one of L.A.’s many sports arenas. Having played ice hockey for most of his life, the Los Angeles Kings play a large role in Berg family fun. David lives with his wife and three sons in Westwood. He loves to paint and study new trends in architecture and design.