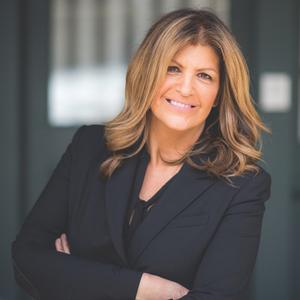 ★★★★★ " Dawn has helped us buy 4 homes in Scarsdale, sell one and rent two. She is a very knowledgeable agent in the market, whether on the buy or sell side. I highly recommend her." - Alison H.
★★★★★ " Dawn has been my real estate agent in both selling and purchasing several homes in Scarsdale. She is extremely proactive, resourceful, and attentive. I could not recommend a more qualified agent!" - Michael S.
★★★★★ "We are enthusiastic members of the Dawn Knief fan club. She is all about getting it done. We listed two of our "Beyond Green" homes with her and she was tireless in her efforts to sell each one. Her energy, tenacity, and commitment are exactly what you want when buying or selling. We are both happy and proud to call Dawn our realtor now and into the future." - Healthy Home Builders
★★★★★ " I wanted to share my experience with Dawn with the LinkedIn population. I met her largely by chance when someone I knew was trying to help me find an apartment for one of my daughters. Dawn was helping a friend/client find a suitable renter for a property he owned...not by any means an endeavor motivated by any pot of gold at the end. More accurately, Dawn simply liked the friend/client very much, and was just trying to help him find a tenant, who would be easy and respectful. (I understand Dawn spends her time handling real estate sales, and that finding a tenant for a friend is small potatoes). I met Dawn at the apartment and was impressed on sight by how real she was. We spoke for a few minutes and felt my daughter and her friend would be a good fit for her friend/client. She then set up a meeting for the next day with the friend/client, without delay, hesitation or problem. I met with the friend/client the next day, and we completed the deal shortly thereafter. I wanted to write a recommendation for Dawn because she took time out of her very successful real estate world, where she is acclaimed, and has been featured in the media, to help her friend, and help me, whom she had never met before. They teach the lesson that nice guys/gals finish first at all the preeminent business schools in the country. Dawn impressed me as being one of those nice gals...as busy and as successful as she is. I would recommend her to anyone who has any real estate need " -Robert A.
★★★★★ "Dawn Knief is an absolutely amazing person and real estate agent! She has a commanding knowledge of Scarsdale and Southern Westchester. Dawn has helped us buy and sell 3 properties in Scarsdale. We first worked with Dawn when we wanted to “upgrade” within Scarsdale about 15 years ago. Dawn spent a great deal of time getting to know us and learning about what we wanted in a home. Dawn's insights into the market, local culture, and property assessment were invaluable to us. We eventually found an amazing home in a neighborhood that was perfect for our family. We loved our home from when we moved in, when our children were in Elementary School, until we sold it after they graduated from college! Dawn is highly motivated, competent and fun to work with. She did an outstanding job staging our homes, went above and beyond what was expected, and did an exceptional job pricing our homes. We had multiple offers on both properties - which is especially remarkable since the sale of our second home was an especially challenging market. Dawn consistently kept us calm, focused and energized. We could not have had a better experience than we had with the Dawn. We recommend Dawn Knief without reservation!" - Steve and JoAnn M.

Dawn is recognized as one of the leading agents in the luxury real estate market. She has received multiple Five Star Awards and is highly regarded in the industry. She is part of the exclusive Sports and Entertainment Division at Compass Real Estate. Dawn has been quoted in numerous print publications including The Wall Street Journal, The New York Times, Forbes and the NY Post and has appeared on several television shows including NBC’s OPEN HOUSE NYC.

Dawn has had multiple record-breaking transactions including those in Scarsdale, Irvington, and Bronxville. While Scarsdale and the surrounding areas are her primary focus, Dawn is also part of an exclusive network of high ranking agents both nationally and internationally and can refer you to the highest regarded real estate experts in the industry.

Prior to her career in real estate, Dawn's professional background was in marketing, advertising, and public relations. She was a Vice President at several major NYC advertising agencies for over a decade working on major high profile brands such Time Inc. (Life Magazine, People Magazine) and many luxury brands in the beverage industry.

In both her advertising and real estate careers, Dawn has worked with many high profile celebrities and athletes and is sensitive to their privacy and discreet in all matters.
Spotlight

Scarsdale Meets The Hamptons in this Lush and Private Cedar Shake/Stone Residence on 1.49 Acres in the Greenacres Estate Area. This Remarkable Home was Completely Renovated in 2010 By Acclaimed Architect Jon Halper. Designer Anthony Baratta, known for his use of Bold Colors & Grand Scale, Created a Home with Remarkable Charm and a Homespun Americana Feel. The Huge Country Eat-In Kitchen Features an Adjoining Covered Porch w/Views of the Stunning Gunite Pool. Generous Expanses of Lawn Are Great For Play Complete with Jungle Gym! Magnificently Landscaped w/Flowering Trees and Perennial Gardens. Fabulous HarTru Tennis Court and an Outdoor Shower Add to This Home's Joyful Appeal. Other Special Features Include A 2,500 Bottle Temp Controlled Wine Room, a Spacious 3-Car Garage, A Fabulous Craft Room with Skylights, Home Gym, Entertainment System and Much More! Relaxing and Tranquil, this Ultra Charming Home is Perfect for Year Round Living or makes a Sensational Weekend Retreat! 30 Min To NYC! 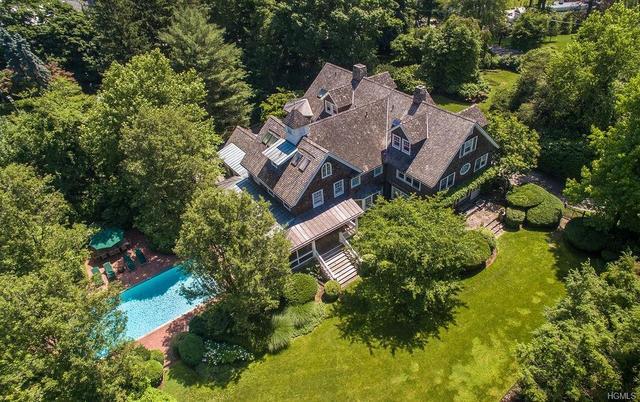