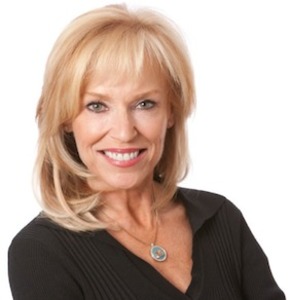 ★★★★★
"Our loft had been on the market for months with another realtor. Dena came to the rescue! She staged the , refreshed all photos and materials and was at every showing. Under her guidance, we sold quickly and for a great price."

★★★★★
"Dena sold our condo in downtown Denver/Riverfront Park in less than 48 hours for over asking price. Her rate was lower than other realtors in the area and she provided top notch services. She scheduled a stager to come in our place which made a huge difference in giving it an extra special touch and her photographer was amazing. Her and her assistant, Melissa, are both very professional and available. I highly recommend Dena to anyone selling your place." - Angela

★★★★★
"Since 2006, I have bought and sold several residences in Denver with Dena. As a buyer's agent, she is very knowledgeable about the downtown market. And she really shines when it's time to sell. She is personally involved in the marketing, appraisal, and, most importantly, the showing of her listings. That way, she ensures you get top dollar for your residence. She is the consummate professional."

Dena was one of the first residents of the vibrant Riverfront Park neighborhood, the award-winning -use development along Commons Park below Union Station. After her first year in sales, she was awarded the Silver Rookie of the Year Award by the Colorado Home Builders Association. Since that time, she succeeded as a top producer in Riverfront Park, participating in over $500 million in new development sales from 2000 to 2010.

In 2011, Dena expanded her scope to include all Central Denver neighborhoods, becoming one of Denver's top producers, participating in approximately $50 million in real estate sales.

Dena moved to Colorado in 1991, where she lived and worked in the luxury mountain community of the Vail Valley. Her professional accomplishments include ownership of her own health and fitness business, producer of a nationally syndicated television series, on-air television personality, and status as a top producing, 14-year broker in Downtown Denver real estate. She is active with several charitable and cultural organizations including the Denver Art Museum, Project Angel Heart, the Denver Rescue Mission, CultureHaus, and the Museum of Contemporary Art.

When Dena is not selling real estate, she enjoys skiing, theatre, music, and the arts- and of course, living and working in Downtown Denver.