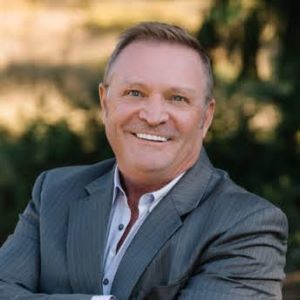 ​ ★★★★★
"Devin did a great job for me at a difficult time to sell. We had the biggest snowstorm right as we put on the market. In the end, it worked out great and he was a pleasure to work with. Highly recommend, especially for Trilogy!"

★★★★★
"Devin provided us with a great experience and sold our listing for more than the asking price. We listed at 369,000 and closed an offer for 375,000. Our home sold more than a newer home in the same neighborhood. I recommend Devin as a real estate expert to others."

★★★★★
"Devin, did a superb job pricing my home, staging, marketing and negotiating the final sale. In addition Devin was always very responsive to any issues that arose and I answering questions. Devin was extremely knowledgeable about my retirement community."

★★★★★
"Devin did a great job for us. We knew he was knowledgeable about our area which is why we chose him. He gave us a realistic number for pricing the house and how it should be staged. We found him to be considerate of our time by letting us know when prospective buyers were coming so we could tidy the house. And he clustered the potential buyers which was great for us, but also created an urgency that this was a popular house. He negotiated a very favorable rent back. We would use him again and highly recommend him."

★★★★★
"It was an absolute pleasure working with Devin throughout the process of selling our home. I would recommend him to anyone, but particularly if their home was in Trilogy. He is an expert for homes in that area."


​
About Devin
Devin measures his success by how well he serves others and is known as the Realtor who gets it done. Born and raised in Snohomish and King Counties, he has a lofty knowledge of the local cities and towns. Paired with a love for people and the natural beauty of the area, Real Estate was the perfect match for him.
The youngest of seven children and being moved from school to school, he developed strong work ethic and adaptation skills at a young age. These traits afforded him a 17-year successful sales career prior to joining Windermere in 1999 where he became a top producer. In 2003, he was recruited to the sales team for Trilogy at Redmond Ridge where he gained an in-depth knowledge of the new home construction process, received several regional awards, and eventually accepted the position of Designated Broker before returning to the resale industry. Following, he spent several consecutive years as the #1 Broker among five Preview Properties branches and has been recognized in Seattle Magazine as a Five Star Professional since 2012.
To begin his “2020 Vision” he calls it, Devin joined Compass, the nation’s leading innovator in high-tech real estate. “I’m super excited to have joined Compass Washington. I needed to get to the next level of service for my clients and Compass has so many beautiful and high-tech tools that are allowing me to do that. I can’t wait to get to work each day and learn more ways to serve my customers”, he shares.
Devin loves to be home gardening, riding his lawn tractor and relaxing outside. As a former Bodybuilder, Powerlifter and Karate competitor he cherishes his quiet time in his own home Gym. When he ventures out, he loves to spend time traveling in his motorhome to nearby destinations hiking, crabbing, fishing, digging clams and sitting by the campfire with friends and family.