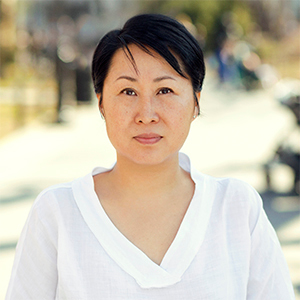 Languages: basic fluency of Korean & Spanish
About Diana
Diana E. Chung’s role in her work is to make a positive contribution to someone and leave them better off after having interacted with her, whether it be a client, colleague, or friend. She does this as a real estate professional, as a Reiki Master practitioner, and as Kundalini yoga teacher, who makes every client’s needs her top priority.

As your real estate advocate, Diana is committed to doing everything within her power to achieve your goals, exceed your expectations, and enhance the experience of buying, selling, or renting a home in NYC. She’s been described as diligent, intelligent, reliable, and caring by those she has worked with and those she’s touched in a meaningful way. Diana came to real estate nine years ago from a demanding career in international pension fund investments, where she first worked as an analyst, then was the top Asia Pacific analyst and head of the company’s HK office, and finally, did consulting.

As her intrigue with real estate grew, she reali zed her analytical and interpersonal skills could be better utilized in a more personally satisfying role. Born in Seoul, South Korea, Diana grew up in Asuncion, Paraguay in South America, which resulted in her working knowledge of the Korean and Spanish languages. She also lived in Munich and Hong Kong that further fueled her worldly perspective. Diana has been a resident of New York City since 1985 and has always maintained her residency here even when she lived abroad. She presently calls North Chelsea home. Diana holds a BS degree from New York University’s Stern School of Business. In her free time, she volunteers at Peabody Wellness Center (NY Presbyterian Hospital - Weil Cornell Center) giving reiki sessions to Aids/HIV patients as well as at Amma’s Soup Kitchen. She also enjoys hiking, rock climbing, meditation, kundalini yoga.