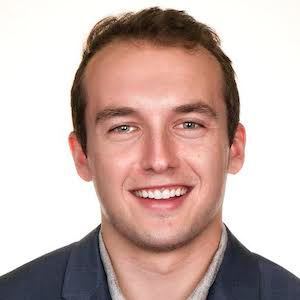 Aaron Kirman Group | DRE 02081832
jake.valente@compass.com
M: 609-651-0275
About Jake
Born and raised in Princeton, Jake moved to the West Coast to study at Occidental College, where he was a competitive member of the men’s swimming team for four years. After graduating, Jake was recruited by The Corcoran Group, within their Manhattan Corcoran New Developments division. Over the next three years, Jake helped launch JDS Development Group’s, The American Copper Buildings and Solow Building Corporation’s, 685 First Avenue. At Corcoran, Jake broke records for price per square foot, procured an offer that was submitted within 48 hours of launching, and took on an active and senior role in the New Development team. Jake joined Compass in the summer of 2019; he closed $5 million in total sales volume in his first six months and has closed over $47 million in total sales volume, to date.

In February of 2019, Jake transitioned to the Aaron Kirman Group within Compass. The Aaron Kirman Group is the number one team in Southern California, consistently ranked within the top 5 teams nationwide for total sales volume and has closed over $7B in total sales volume, to date. Jake, along with Aaron Kirman and Diana Knox, hold the record for one of the highest price per square foot sales in Hancock Park: the “LA Confidential” house, 501 Wilcox Ave. Actively licensed in California and New York with Compass, Jake enjoys navigating and connecting with his clients on both coasts.

Jake is a full time student, pursuing his JD degree and goal of working as a lawyer.