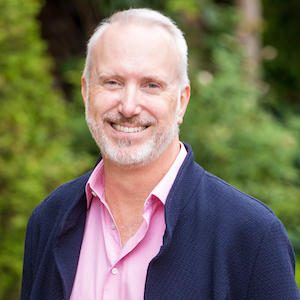 DRE #: 01425185
james.haywood@compass.com
M: 415-516-0159
About James
Most people think I simply sell real estate. But doing so allows me to be all the other things I am too: a listener, a negotiator, a marketing guru, and an all-around creative problem-solver.

Culture and creativity have always been big priorities for me; I originally studied humanities and fashion design. Before I became a real estate agent in 2004, I owned a successful apparel company that took me all over the world serving high-profile clients such as Saks Fifth and Bullock & Jones. You might say I’ve made a career out of bringing a creative outlook to business transactions.

But that doesn’t mean I don’t value tangible results. I’ve helped sellers capitalize on a heated market, netting tens of thousands more than comparable condos in the same building listed by another agent. I’ve also coached luxury buyers through the negotiation process, ultimately saving them hundreds of thousands they were prepared to spend. Whatever the market is doing, success for both buyers and sellers comes from the negotiation skills and experience of their agents.

Real estate is an intense field, and I work hard to keep my outlook vibrant and inspired. I practice yoga and travel often. Photography is another big passion of mine, and I invite you to follow me on Instagram to see my photographs of the Bay Area and recent travels.

James is an absolute pleasure to work with. I've worked with him twice now when I bought my condo and when I sold it. James' knowledge of San Francisco and the complex market provided invaluable; and his intuition and ability to read the situation of buyers and sellers ensured 'above expectations' outcomes both times. More than anything though I truly valued how much I knew I could trust James. His ability to listen to you guide you through the process ease my concerns and fears and highlight any areas of concern made me certain that he had my best interest at heart. As a first-time buyer James helped me navigate the very foreign and extremely complex world of San Francisco real estate. He drove me to endless open houses so I could get an idea of the neighborhoods I liked the best and highlighted benefits and tradeoffs of each area. As a seller I relied upon him for every detail and the process was so stress free that I had an above asking offer in hand a week after listing. I am extremely grateful for James and would recommend him to anyone buying or selling in San Francisco. Thank you James! -Annin P.

When I decided it was time to sell my condo I interviewed several realty agents for the task. James impressed me the most. I thought the process would be a "hard sell" but James took me through all the right steps and the place sold in about two weeks after it was listed. Not only did the condo sell fast it also sold for more than I expected. Also James went beyond his agent duties assisting me with several hurdles outside his job description. All the while he was professional helpful and extremely kind. Boy was I lucky to hire him! -Ted C.