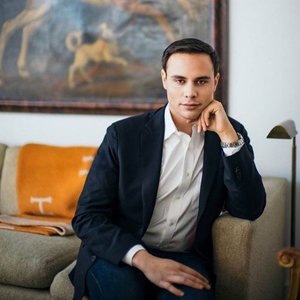 Jared, an Associate Broker, reigns among the highest producing brokers in Manhattan and within the Country. Specializing in fine properties, Jared has represented some of the most exquisite co-ops, condos and Townhouses in New York.

An Upper East Side native and a downtown resident of 10 years, Jared has unparalleled insight into New York's finest locations and properties. By the Age of 21, Jared was recognized by his then Firm's, Rookie of The Year and was nominated for the highly coveted "Real Estate Board of New York's Rookie Of the Year. "

Since then, Jared has been a leader in his field consistently featured in numerous publications such as The New York Times, Wall Street Journal, NBC, Vogue, W Magazine , The Real Deal and many others as such. With hundreds of millions in sales brokered, clients from around the world continue to turn to Jared for his in depth knowledge of investment, development, design, and architecture which is unrivaled. With a passion for architecture, design, and history, Jared is constantly being inspired by things both New and Old in New York.

Jared is devoted to helping animals in need and supports charities that share his passion. Jared resides on the Upper East Side with his dogs Henry, Elizabeth and Grace.