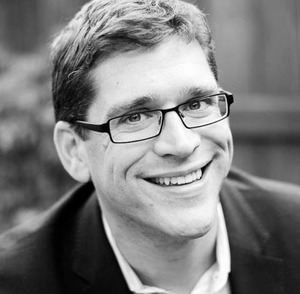 ★★★★★
"Jason did a fantastic job of helping us sell our home. There were a few logistical bumps along the way (but who doesn't have those?). At the end of the day, we got a price we were happy with and the whole process was fairly smooth. Jason really cares about his clients and diligently pursues closing a deal without sacrificing getting a good price for the house. We definitely recommend him if you are looking to sell your home in the Washington metro area."

★★★★★
"This was the first tine selling a home and it was my parents home, thus it ended being an estate sell so it was sometimes emotional for me. However, when I first met Jason Townsend I felt confident with him and in discussing the selling and what needed to be done, his knowledge and expertise of selling was awesome. He made a few suggestions on what needed to be done and I followed his advice. In a couple of days the home was . The entire transaction from beginning to end went smoothly. I would highly recommend he and his staff to everyone who is interested in buying or selling a home. Thank you for making this business transaction a success for everyone involved."

★★★★★
"Jason helped me to buy a house. I recommend him for the knowledge of the process and the contracts, for negotiation skills and for fast response when was needed, such as writing an offer anytime and any day." - Valeria

★★★★★
"We highly recommend Jason! After just 5 days on the , we received an offer on our DC condo. His price point was just right, and his team was highly responsive and professional throughout the process. We appreciated his advice in getting our place -ready, and are grateful for his expertise!" - Ashleigh

★★★★★
"Our home purchase was far from typical, with many bumps in the road. Jason showed remarkable patience and endurance in helping us find a home. We are grateful to have him as our real estate agent."


​​
About Jason
Jason Townsend, licensed DC, MD VA, is a real estate , and Graduate of the REALTOR Institute. He has served buyers and sellers in all price points and property types throughout the DC Metro area for over 20 years.

Born in Houston, Texas, Jason arrived in DC in 1993 to study at Georgetown University’s School of Foreign Service and has called Washington home ever since. Before college, he earned the International Baccalaureate Diploma in school, rose to the rank of Eagle Scout and enjoyed international travel. At Georgetown, Jason focused on International Economics and Latin American Studies, studying both in DC and in South America.

Jason’s first experience in real estate started in 1996 working at Sotheby’s International Realty in its Georgetown office. He later pursued business ventures in Latin America including time in Bolivia, the British Virgin Islands and then El Salvador -- where he became fluent in Spanish and met his wife, Ana. These life experiences prepared Jason with the relational and tactical skills to navigate and negotiate the multi-faceted DC Metro real estate . Since 2001, he has been part of a -producing local team and sells about 60 properties each .

An extrovert, in every sense of the word, Jason’s passion for people and community influences every aspect of his life. Jason has lived on Capitol Hill for over two decades and is the father to three daughters in public -school and middle-school in DC. He has served on several PTA boards over the years and is currently President of the BASIS-DC school parent-organization. In addition, Jason believes faith is an important aspect of serving others well and is actively involved in his church and other local charities.