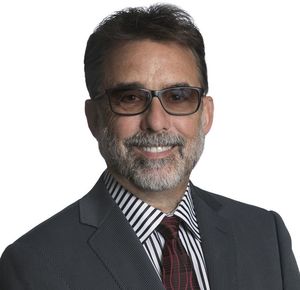 Some of Jeffs professional activities include:


Jeff Barnett's professional real estate career began in the late 1980s at Fox & Carskadon REALTORS® and thereafter joined Alain Pinel REALTORS® in 1991 as one of its original sales agents. His astute knowledge of the business, marketing savvy and energy quickly earned him a top spot in the emerging company.

While honing his skills as a trouble-shooter and deal maker in the heart of the Silicon Valley, Jeff created the brokerage's Masters program for working agents and people new to the business of residential real estate. He taught the course work for two years, which led to Jeff's transition from a highly successful sales agent to Vice President/Manager of the Silicon Valleys Los Gatos office in 1995. The first Los Gatos office grew steadily until a second office was added in 2000 to accommodate the branch's expansion. The offices were merged together in 2005.

As Executive Vice President and Regional Manager, Jeff utilizes his 31 years of experience to oversee and streamline operations for our combined 18,000 square foot Los Gatos Office and surrounding areas. The agents from Jeff's region have helped the firm achieve market share leadership in the Los Gatos, Willow Glen, Rose Garden, Cambrian, Campbell and Almaden areas of Silicon Valley plus many of the sales professionals in Los Gatos are market experts in neighboring Saratoga and Monte Sereno. Serving as mentor to nearly 180 sales professionals -- which is one of the largest sales forces nationwide in the industry with over a Billion dollars in closed sales every year. In 2019 APR merged with Compass.

Jeff also works continuously with 10 staffers/managers to facilitate sales, marketing and negotiation strategies to ensure outstanding customer service and renewal business. Jeff frequently teaches newly licensed sales professionals presentations skills and is very active in the California Association of REALTORS® and National Association of REALTORS®. He was inducted into the National Assn. of REALTORS® Hall of Fame in 2011 and the recipient of the Director for Life award from the California Assn. of REALTORS® in 2016.