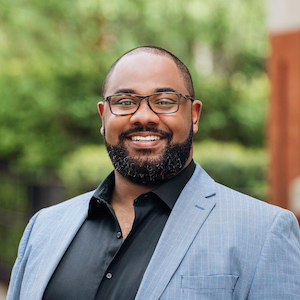 ★★★★★
"Jerry is such a knowledgeable person in his field. He took the time to figure out exactly what I was looking for and didn't have us on a wild goose chase. He educated me on the process along the way, which made for an easy process. Any questions were answered within an hour, no matter the time. If you are looking for someone that will listen and give the best advise possible, Jerry is definitely the man."

★★★★★
"Very was very helpful throughout the whole process. When I would be worried about the smallest things he could reassure me and give me proof of what I needed. He was knowledgeable about the areas that I was looking for and paid attention to the things I said I wanted. He fought hard for me and got me pretty much everything I needed." - Shani

★★★★★
"Jerry was very helpful with the leasing process. He responded quickly to emails and texts and made sure to follow up on all of our questions. Once we had moved in, he followed up one last time to make sure all of our needs had been met."

★★★★★
"Jerry assisted me with obtaining a rental. He was fantastic! He was very responsive and accommodating to my schedule. His philosophy is to make the process as stress free as possible and not only does he mean it, but his actions it up. He really did make the process painless. I will definitely contact him for any future real estate needs." - Lisa

★★★★★
"Jerry is AMAZING! I am a first time home buyer he made sure he held my hand from beginning until the very end! Jerry was extremely patient with me throughout my journey. He went beyond his required duties throughout the process. It is only because of him my experience was painless, fast and successful!" - Jennifer 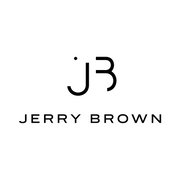 Born raised Chicago’s Beverly neighborhood on the South Side, Jerry started his real estate career the early 90s when he received a Monopoly board game as a gift. Who knew that buying selling those “streets” would be so much fun? Jerry would play as often as he could, learn the different strategies of his opponents. Fast forward to 2004, after studying “real” estate as much as he thought he could, Jerry bought his first property not far from where he grew up. The following year, Jerry earned his real estate license decided to help other Monopoly fans achieve their goals as well.

Jerry’s mantra has always been, “do the right things, the right things will happen.” By doing the right things for his clients – being friendly, knowledgeable, responsive, he looks to earn repeat business enthusiastic referrals. Jerry fully understands the stress and hassle of buying, selling, and renting real estate, and the bad words we say during the process. His goal is to alleviate those concerns for his clients and keep the F-Bombs to a minimum. Whether buying, selling, or building your investment portfolio, he has the experience and expertise to show you how to win in the real-life game of Monopoly. Jerry looks forward to helping you “Pass Go,” and achieve the dreams that he has helped so many clients achieve before.