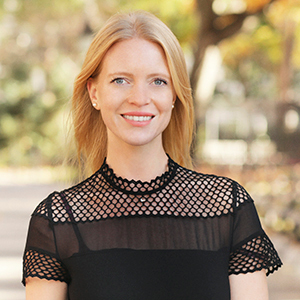 Raised internationally and fluent in five languages—English, Czech, Swedish, Spanish, and German—Jessica Sjoo brings a worldly and cultured perspective to her work with . Born in Sweden and raised in Czech Republic, where she began a successful 16-year career in fashion and modeling that empowered her to travel throughout Asia, Europe, Australia, as well as North and South America, Jessica built strong relationships with some of the world’s leading photographers and designers. She also learned the art of hospitality at a young age, owing to her family’s successful high-end restaurant business.

Her experiences on set are part of what later inspired her to study interior design, paying close attention to the little details that bring a space to life. When staging a property, she relies on that training, experience, and creativity to help her clients reveal the full potential of their homes, with a strong network of architects and contractors available to make renovations and improvements on the spot. Those efforts have paid off: Despite starting her career just four years ago, she has already been a member of some of the top-grossing teams in New York City, with a specific focus on Brooklyn and Manhattan.

Whether she’s helping someone buy, sell, or rent, she makes a point of always putting her clients first, with an emphasis on honesty and clear, timely communication. A homeowner herself, she has lived in the Fort Greene neighborhood of Brooklyn for the past 8 years, and also owns property abroad in Costa Rica, the Czech Republic, Sweden, and Spain. In her free time, she enjoys traveling and maintaining a healthy, athletic lifestyle.

"This is my second time working with Jessica and may I just say that it’s always just so easy with her! As you may know or have experienced, selling or buying a home can be tremendously stressful and exhausting and she understands that. She makes tries to make the whole experience painless. She hired a photographer and had our apartment listed quickly. On the first day of appointments she had two offers on the table and we sold the apartment in a week! I would definitely hire her again!” — Jamie, Seller

"Jessica Sjoo goes above and beyond for her clients, and I mean that wholeheartedly. My husband and I found the home of our dreams in Fort Greene Park. It wasn’t perfect and Jessica was very honest and quick to point out all the work that needed to be done. She’s got a good eye, years of experience, hard working and tenacious. We all did our due diligence and looked at other apartment for months. My husband and I were both out of town for most of these visits but she sent detailed videos of the openings. Despite all the other listings we kept coming back to the Fort Greene apartment. The inspections went well and we decided to close. The day before our final walk through I had a bad feeling. It had been raining for days in NYC and I wanted to prepare for the worst. I called Jessica and told her I wanted a contractor with me for the final walk through. She said she had the same feeling and had already made a few calls. She was able to secure a great contractor for me with less than 24 hours. And I’m so happy she did. Long story short there were a lot of things that the initial inspector didn’t catch. Things that were not up to code and thanks to the heavy rain we saw a lot of things wrong with the apartment. And yes, our spider senses were right and there was a lot of water damage and leaks in the apartment. Jessica took the lead to get as much evidence and video footage of the damage as possible. Long story short, after 6 hours in an office with lawyers and brokers the closing was delayed, for months! And she stopped by the apartment time and again when we were unable to be there physically. After our 4 month ordeal on closing on one of the most difficult and complicated purchases, she continued to be steadfast to what was right and what would be in our best interest. She was the liaison and protected us against a bullish seller. In the end, we received a fair credit to fix up the apartment and bring it up to code. It was a long and very difficult journey but Jessica never once wavered." — Jamie, Buyer