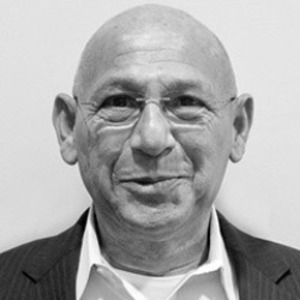 Joe Lanyadoo is now partnering with Morgan Thomas, combining their negotiating skills and go-getter approach that resulted in an extensive record of closing many hard deals.

In 1971, Joe Joined Parklane, a publicly traded clothing chain with 500 stores and rose to VP of Merchandising and Marketing.

Joe Lanyadoo moved to Israel in 1994 to write “The Key” about the origin of language. It was published in Israel to limited success (theoriginoflanguage.com).

By 2002, Joe returned to San Francisco and began working as a realtor. Lanyadoo joined Compass and had been a top producer for three years in a row, writing a dozen leases and closing many other sale deals.

Mr Lanyadoo's ability to analyze the numbers and evaluate potential rents is due to his extensive retail-leasing and sales experience; it is what many of his clients have called “a nose for a good deal." He is as comfortable negotiating a $100 million deal or a $2 million deal. He is most proud of the fact that he sold many buildings twice in a short period. “They made real money; otherwise, they wouldn’t have sold”.

RULES I LIVE BY

“I don’t believe in selling real estate but only in trading up to bigger property. This is because most of the real money is not made due to high returns/income but because of appreciation” -- The bigger the property, the bigger the appreciation.

“I think my biggest strength is that when I negotiate, I think it’s my money, that I am the client.”