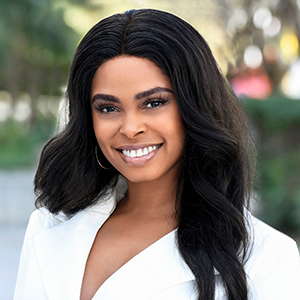 About Kimberli
"I'm just a Bluegrass Girl with big dreams." Born and raised in Louisville, KY, the home of Muhammad Ali, Kim Foster faced many challenges growing up in her small city. Coming from a family stricken with poverty, drug addiction and abuse, to then spending the remainder of her childhood in foster care, Kim always strived for more. Wanting more led her to develop a deep admiration for real estate.
While attending the University of Louisville and majoring in Psychology, Kim began a career in sales and service for a major telecommunications company. She quickly became one of the top producing agents in the company nationwide. After a vast career in sales and service stemming from the aforementioned telesales to nightlife entertainment, Kim then became a Business System Analyst where she developed and tested computer billing systems for utility companies. Feeling as though she reached a ceiling in her career as an analyst, a ceiling in the city in which she grew up, Kim took a break from all things familiar and the traditional 9 to 5, to become a flight attendant for the world's largest airline. During her time as a flight attendant, she was able to travel the globe including Europe, Central and South America, the Caribbean and all throughout North America. Having the skill and poise to fly as the lead attendant, Kim had the privilege to service first class clients including celebrities and other high profiled clientele from all over the world. There is nothing that she can't and won't accomplish.
With an underlining, burning, passion for real estate, great eagerness to help people and a love for Miami so great that obtaining her real estate license was naturally the next step. The adverse effects of covid-19 were detrimental to us all. Having been furloughed from the airline, Kim looked at the situation as an opportunity to focus on her dream career of being a luxury real estate agent. After passing the Florida real estate state exam on the initial attempt, she began to research brokerages that would help train and develop her into a top South Florida agent. After countless hours of research and virtual as well as old fashioned in person meetings, Kim felt that the Chad Carroll Group with their prestigious reputation, track record and luxury focus, was the best fit for her development, her swag and her dream.
If you want a fresh, new agent with ambition, hunger, and hustle; who not only will work hard for your business, but more importantly will work hard for YOU, then Kim Foster, backed by powerhouse The Chad Carroll Group, is waiting for you.