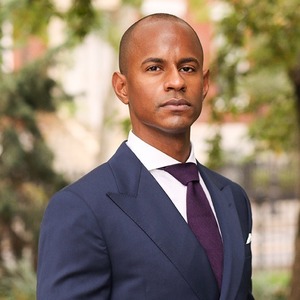 ​
About Marvin
Meet Marvin Rodriguez: Born in Lawrence, Massachusetts and raised in Upper Manhattan. Marvin comes from a Hispanic home and is a first-generation Dominican. Since his adolescence, he adapted and learned the teachings of his cultural backgrounds, which later helped pioneer his career choices.

Marvin pursued a Bachelor Degree in Political Science from the John Jay College for Criminal Justice in midtown Manhattan. His college experience taught him the importance of revising his work. Outside of classes, he developed sales experience and relationship building by working at high-fashion companies. He was groomed to service clients, many being from different parts of the world. Furthermore influenced by the arts, he learned to be patient in crafting one’s skill. His school and work experience allowed him to be knowledgeable in assisting and providing tailored services which best suited each client.

Throughout his youth, Marvin understood the importance of taking advice and applying it to his life’s pursuit. His aunt was one of his avid advisors who sought to make everyone in his family a better version of themselves. She mentioned a career in Real Estate as an endeavor that could give Marvin the independence suited for his personality, skills and ambitions. Finally, it was his admiration for architecture that became one of the deciding factors in his Real Estate pursuit.

Marvin’s dynamic method of working allows him to maintain a steadfast mindset in order to deliver exquisite service through useful advice, tailored options, and determined positivity. Because of his transparency, charisma and ambitious personality, people enjoy doing business with him.

Marvin’s daily habits positively affect and best represent his character. He enjoys starting the day early before the sun rises to collect his thoughts and work out. As a Real Estate agent, he finds it important to maintain a balanced schedule between servicing his client’s needs and keeping a personal life. In his free time, he enjoys visiting new neighborhoods, experiencing new exhibitions at The Met or MoMa, and finding a new skills to take on.

Marvin spends his time split between Upper Manhattan and Brickell.