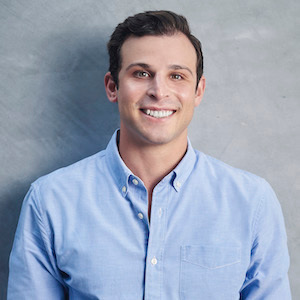 Investment Associate | Kenny Stevens Team | DRE 02054048
max.berger@compass.com
M: 818-321-4972
O: 310-953-4562
About Max
Max Berger joined the Kenny Stevens Team in 2017 as Kenny’s apprentice. Max graduated from the University of Southern California in 2014 with a BS in Business Administration and Applied Mathematics. After spending several years in the technology start-up sector, Max decided to change paths and get into the Real Estate field.

After only a few short months of working as an agent with the Kenny Stevens Team, Max found a buyer for an 18 unit building in Silverlake and a 28 unit building in Hollywood. He is now a full-time agent specializing in multifamily income properties in the Hollywood sub-market.

Born and raised in North Hollywood, Max is keenly aware of the changes the Hollywood neighborhood has experienced over the past 10 years and uses this knowledge to help investors identify investments to prepare for the next ten.

In his free time, Max enjoys exploring exotic places either on foot or in his 1984 Dodge campervan.