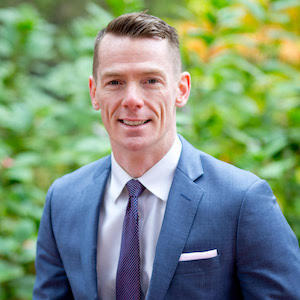 Michael's real estate career began at a very young age working alongside his father, who's a Master Tradesman. This extensive early exposure regarding a home’s construction, the potential of certain spaces, and the risks and rewards associated with a property have all been ingrained in him. Michael's experience is wide ranging, which includes but not limited to luxury sales and rentals as well as property management, investment opportunities, off-market sales and consulting work.
A lifelong Bostonian and resident of the Back Bay for the past ten years, Michael has been a top producer for some of Boston's most well-known brokerages. He has recently been quoted in The Wall Street Journal regarding the current real estate market in Downtown Boston and is a member of the Greater Boston Association of Realtors.
In his spare time, Michael is a weekly contributor to the Animal Rescue League of Boston, and also donates to the Family Service of Greater Boston, The Fisher House and Walk for Hunger. Michael now spends most of his personal time staying active with Crossfit and has completed sixteen marathons including Boston, Chicago and the Marine Corps Marathon in Washington D.C.