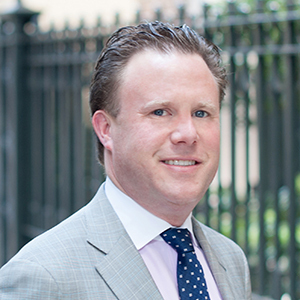 Michael is part of The Leonard Steinberg Team, which is consistently ranked as one of the top ten Broker teams in the United States.

Michael holds a M.S. in Real Estate Development from Columbia University, a J.D. from New England School of Law and a B.S.B.A from American University

As a member of The Leonard Steinberg Team, which was ranked #1 in New York for transaction volume in 2016, Michael focuses on multi-million dollar in residential sales and prides himself on his dedication to clients. His enthusiasm, sense of humor, and efficient hands-on approach, helps clients focus on what is most important: what they want and need in a home.
With fifteen years working in the real estate industry combined with the experience in running his own successful legal practice, Michael’s background as an attorney, proactive real estate agent, and investor has supplied the invaluable ability to negotiate the best possible deal on his clients’ behalf throughout New York City and Palm Beach.
Michael is a native Floridian, and is a prominent member of the National Realty Club, the Society of the Four Arts, the Historical Society of Palm Beach County, and the Norton Museum of Art. He has been involved in a number of local redevelopment projects, such as restoring a beautiful 1908 historical structure through a grant received from the local Community Redevelopment Agency. He also enjoys working out, international travel, and sampling the best of New York City’s dining scene.
Through his education he received a B.S.B.A. in Business Administration from American University in Washington, D.C., a J.D. from New England School of Law in Boston, Massachusetts, and an M.S. in Real Estate Development from Columbia University in New York City.