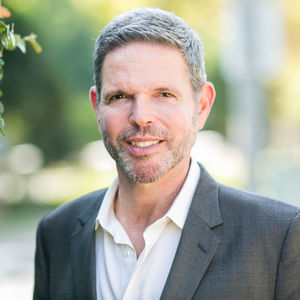 DRE# 00863172
michael.libow@compass.com
M: 310-691-7889
About Michael J.
As a product of Beverly Hills and its school system, Michael J. Libow never strayed far from his roots. While on the path towards becoming a JPL rocket scientist after undergraduate work in Mathematics at UCLA, Michael took a “slight” career detour and entered into the real estate world of Beverly Hills. Though his business began in the mid 1980’s with Mimi Styne Associates, its genesis was realized when Michael was a child. His family moved several times during his youth and he auspiciously enjoyed the process of searching for a new home and developed an appreciation for architecture (good and bad).

Michael integrates his studies of logic and analysis from his mathematical background into his life and business which affords him the capability of successfully deconstructing a problematic situation and locating a solution for it.

As a nearly lifelong Beverly Hills resident, Michael takes great pride in being able to give back to the community which nurtured him. His current home, the world-renowned Witch’s House in Beverly Hills, was restored by Michael over the course of the last twenty years and is designated as Landmark Number 8 in the city. As a cultural landmark, The Witch’s House has delighted young and old for ten decades and is known to be the most requested non-celebrity tourist destination in all of Beverly Hills.

Michael’s late mother, Sally, was a staunch advocate for the disenfranchised and for animal rights. She was an original volunteer for LA County’s first non-profit animal rescue organization, Pet Orphans, a beloved substitute teacher in the BHUSD, and the first female Little League coach in the Beverly Hills district. Michael’s unwavering support of and involvement with the school system, police and fire departments, and a multitude of other city services is legendary and has earned him tremendous respect in Beverly Hills and can be traced back to the values instilled in him by his mother. She would be most proud Libow having dedicated a bench to her and her husband, Mitch, in Beverly Hills’ first designated dog park.

Though annually ranked amongst the top 100 earning agents on an international basis, Michael never rests on his impressive business credentials and always strives to prove his worth to his clientele through a masterful work ethic and absolute passion for his chosen craft. That same passion can be seen in his musical prowess when he sings at the drop of a hat or when his rock and roll band, Rod Lightning & The Thunderbolts of Love, is called to play a gig.

Whether selling a home or a song, what makes Michael the ultimate salesperson is the simple fact that he does not think like one. His motivation has always been to treat people as he wishes to be treated... with fairness and absolute candor... a maxim that many in our world would be wise to heed.