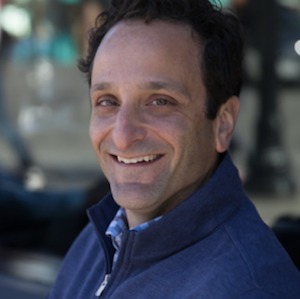 "★★★★★
" Mike was always a pleasure to work with. We really trusted him and also enjoyed his company while looking at houses. We really appreciated his honesty and the amount of personal time he invested in our home search. We couldn’t have asked for a better home buying experience. My husband and I have recommended him to all our friends and family. "

★★★★★
"I met Mike and Ed when my neighbor was choosing a realtor. We were so impressed by their great attitude and expertise. Mike sold my neighbor's large home and found wonderful people to live there. When my brother and I decided to sell the triplex that had been in our family for three generations, I knew Mike was the one to do it. He got us a great price and sold it within about two weeks. Always so positive, and on the spot to take care of whatever was needed. Total satisfaction!"

★★★★★
"Mike - you did an exceptional job! Since we weren't quite expecting all of this to happen as quickly as it did, it became overwhelming for me at times. You were able to calm the nerves and take care of so many aspects of the buying and selling process that made it possible for me to focus on other things like actually moving! You and Sean took care of so many things in such a business like way, it was so incredibly helpful. I would recommend you in a heartbeat! Our hope is that we never move again, but if we do, I would want you to be our realtor again. Thank you again for all of the details, personal touches and making what can be an emotional experience, into such an incredible one. Thank you!!!"

★★★★★
"I came to know Mike Bohnert of Bohnert Group when helping my daughter selling her property in Burlingame. Mike was knowledgeable and professional. He patiently explained the market at the time and gave practical and useful suggestions. We followed all his prep and pricing advice and were extremely happy with the staging he recommended. As a result, the property was sold within a week , at 150K above asking. It was a very pleasant experience working with Mike. "

★★★★★
"Mike was the perfect combination of knowledgeable, responsive and trustworthy. The trustworthy point in particular stands out since I really felt like Mike had our best interests at heart and was not just trying to sell our house as quickly as possible. For example, he is the only realtor that we interviewed who recommended having two weekends of open houses to maximize the price."

Mike, a second generation native of San Francisco, was raised on the peninsula and currently lives in San Mateo with his wife Megan and daughters Reese, Emma and Katharine. A graduate of St. Ignatius College Preparatory and Cal Poly-San Luis Obispo, Mike joined his father in 2001 at Coldwell Banker's Burlingame office. In his initial year as full-time Realtor, Mike earned honors as "Rookie of the Year" for all of Northern California. Since 2001, Mike has established himself as a leader in residential real estate and served on the Board of Directors for both the San Mateo County Association of Realtors and the California Association of Realtors.

Hard working, focused, and dedicated to excellence, Mike represents the best in the real estate industry. His greatest asset is his uncanny ability to relate to people and listen to their needs. Mike's personal touch and commitment to excellence have resulted in a clientele that returns for service.