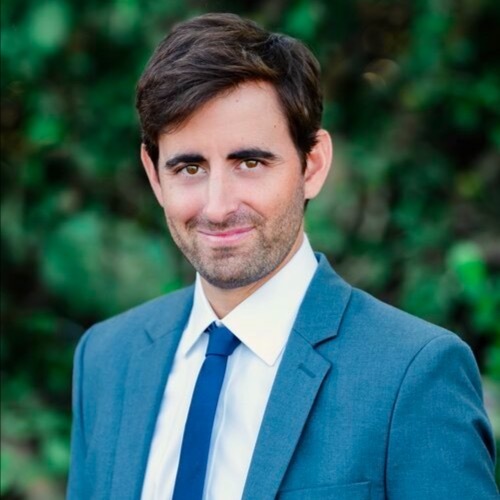 ★★★★★
"Some agents do enough to get the property closed. This agent went above and beyond. Nick was detail oriented, he was meticulous in his care and made our experience painless, enjoyable and memorable. I highly recommend Nick Puga. To go with anyone other than him is a lapse in judgment. Best in the business! " - Andre G

★★★★★
"Nick was so attentive to me and my family’s needs. His knowledge of the market was astounding as him and his team sold our place in no time. He also found our lot where we are building our dream home. It’s a pleasure having Nick represent us through this whole process. I even came up with a slogan for him. “If your not working with Nicky P, your not working with NOBODY." " - Ceasar M

★★★★★
"Mr. Puga did a great job finding a home for my family during these difficult times.He was vey aware of the changes from one county to another.his negotiation skills were excellent.he was very responsive to our wishes,Nick saved us a tremendous amount of money as well as our time.my whole family could not be more pleased." - Ralph Z

★★★★★
"Exceeds expectations is an understatement! Nick always offers his clients valuable advice and was very attentive and responsive to our needs as a seller. Whether you are a first-time homebuyer or an experienced Investor, you can rest assure that Nick will not only find you the best deal, but also has your best interest in mind when negotiating terms for your real estate transaction. He would follow up with our questions immediately. He was very knowledgeable and provided us with accurate information. He truly went above and beyond for us on all aspects. Nick held frequent open houses and was very professional. His attention to detail, awareness of the local housing market, and communication throughout made selling my home easy. I highly recommend Nick Puga for all of your real estate needs." - Sheetal P

About Nick
Raised in Miami and based in Naples, Nick is deeply familiar with the lifestyle, culture, and economies of the Florida market. He represents buyers, sellers and investors in luxury real estate throughout Collier County, with a focus on Naples.
Nick has spent the majority of his professional career (20+ years) in Los Angeles as an actor on camera and producer behind the scenes, including over 100 national commercials, feature films with Spielberg & Soderbergh, and hit television shows such as CBS’s NCIS, NCIS: Los Angeles, Fox’s House, ABC’s Apartment 23 and CW’s Veronica Mars. His unique experience working in team environments on multi-million-dollar projects paired with his contacts in Hollywood are the foundation of his gratifying career in real estate. Decades of experience working on complex film productions have sharpened his rapid problem-solving skills and high level of communication, which translate seamlessly into his role as an agent.
He is a top-notch relocation specialist for families moving from out of state, offering resources and expertise on the myriad requirements for moving, as well as knowledge on the local affairs in Southwest Florida. His Miami roots also offer clients perspective on the cultural and lifestyle differences between Miami and Naples, ensuring they make the right choice and providing real estate services for those looking to move to the Miami area. As a Chilean American, he is fluent in English and Spanish (and conversational in Portuguese), making it even easier for him to connect with clients with roots in Latin America.
Paired with the powerhouse Compass technology and service offering, including analytics software, staging, renovations, and a team of HQ marketing advisors, Nick is equipped with first-rate tools and services that facilitate a stress-free and enjoyable transaction, further elevating the experience of working with him.
In a forward-thinking market where the sun shines almost every day, Nick loves the Naples lifestyle. He is an avid tennis player and an all-encompassing tennis resource, offering clients knowledge and advice on the tennis viewing, recreation, and league landscape throughout the area. He also owns Puga Power Productions where he produces social media content for country clubs and businesses.
As a young father, he enjoys connecting with his peers and with other families, spending quality time with his wife, and raising their two children & mini Goldendoodle, Rocky. They spend time together at the beach, skateparks, theme parks, and traveling throughout the world.