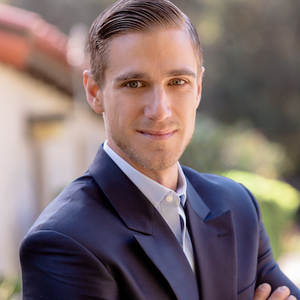 Philip was born and raised in Germany. In 2011 He graduated from one of Germany's top Real Estate Schools with his Bachelor's degree in Real Estate Management.

He began his career as a realtor for a Real Estate Development company servicing new construction projects as well as selling existing real estate. It was here that he had hands on training from the early development of houses and buildings up until it was sold. Later on he took on the leadership role at a branch office, taking on big projects with as much as 50 units. (put value in here?)

After this highly successful time he wanted to make a change and profit off his bilingual studies. He moved to Los Angeles and worked for the Germany based company Engel & Voelkers in Santa Monica. He quickly learned the Real Estate market in the United States and now looking forward to bringing his international experiences and expertise to his clients.

Philip speaks English and German fluently with extensive studies in Real Estate. With the support of Aaron Kirman and his team, he is very excited for this new chapter in his Real Estate world.