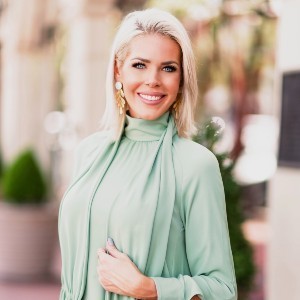 Piper's passion for her hometown and connecting to the people in it are the driving force behind her success in real estate. With a strong background in building, she loves seeing beautiful homes being built in the neighborhoods she has been familiar with her whole life. Piper has never met a stranger! She truly loves socializing and networking. Through networking, Piper has been able to make numerous off-market deals and pre-market sells without having to utilize any traditional selling tools! She's curious about her client's lives and matching them with not just a , but a home.
While Piper was born and raised in Dallas, she got her higher education in Florida at Rollins College. She played volleyball and graduated with a Bachelor's in Fine Arts. She uses her education in art to understand and thrive in the luxury real estate market! Much of her real estate experience has been in Park Cities, Devonshire, Preston Hollow, Briarwood, Bluffview, Lake Highlands (where she grew up), Inwood Park, Midway Hollow, M Streets, East Dallas, and Knox/Henderson. Her work in these neighborhoods led to being recognized as D Magazine's Best Real Estate Agent and Top Producer!
Piper's love for Dallas is not only obvious in her professional life, but her personal life as well. She has been involved in a number of charity organizations including Fresh Faces of Fashion, Birthday Party Project, and the Suicide Crisis Center.
She is also raising her son, Anderson, here and hopes to instill in him the same love of Dallas as well as a hard-working, professional, and honest mentality that has led her to success. When she's not working or networking, you can probably find her and Anderson at the Dallas Arboretum or trying to hunt down the perfect slice of pizza or bowl of queso!