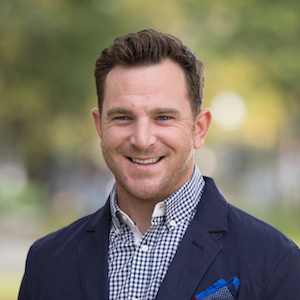 Ryan was born and raised right outside of Boston and didn’t stray far when it came to prep school and college. He is a graduate of Noble and Greenough School and Northeastern University where he was a stand-out on both the baseball and hockey teams.
In 2012, Ryan began working for a large real estate investor and managed over 800 units in the Greater Boston area. Over the course of his professional career, Ryan has developed loyal and lasting relationships with local landlords, contractors, developers and investors. He has since started his own property management company.
Ryan and his wife, Sarah have teamed up to form the Maguire Group — your one stop shop for rentals, sales and property management. The team's off market and development deals totaled over $52 million and overall volume hit over $70 million in 2019. They have an exciting 2020-2021 pipeline with nearly 90 new construction projects in the Greater Boston area.
The Maguire Group is a proud benefactor of South Boston Youth Hockey, South Boston Boys and Girls Club and South Boston's first dog park, "The Bark Park".
When Ryan isn’t managing his property portfolio or finding his clients their next home, he enjoys Cape Cod beach days, skating in the Southie Men’s Ice Hockey League and playing a quick 18. Ryan and Sarah have a son and daughter, Liam and Mollie, and an old, grumpy English Bulldog named Stella.