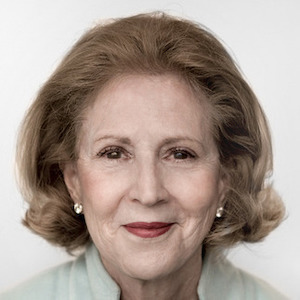 I specialize in the Upper East and West Side. I am a specialist in the Plaza Private Residences.

A transplanted Southerner, Sassy fell in love with New York when she first attended (and later graduated from) Finch College. She has additionally studied architecture and design and received a master's in social work from Fordham University.

Her design background first took her into the world of fashion as an assistant to Halston, the designer. Her interest in architecture proved invaluable when she began selling real estate 28 years ago. She has always specialized in higher-end properties on the Upper East and West Sides.

Sassy has worked with the homeless and mentally ill and volunteered in a nursing home in New York City. Loving Italy for many years, she is a member of Save Venice, which helps to preserve endangered landmarks.

Prior to Compass, Sassy was asked by Stribling Marketing in 2005, she began one of the most exciting projects of a lifetime: the offering of the Plaza Private Residences, located at the corner of Fifth Avenue and Central Park South. The legendary Plaza Hotel had been purchased by Elad Properties, who were rebuilding it as both a hotel and condominium residences.

In a shell of a building, she and her two partners moved into the Edwardian Room at the Plaza to begin the task of selling, from floor plans, property never before offered to the public. The response was overwhelming. People from all over the world came to view and purchase the property at the Plaza. It would command some of the highest-priced real estate in New York City history. They would later undertake the added responsibility of selling the Plaza Pied-a-Terre Suites located in the Plaza Hotel. Until 2011 she was on-site, continuing to sell the Plaza Hotel Pied-a-Terres and a portion of the resale inventory in the Plaza Private Residences.

All real estate deals should be handled with discretion and honesty."