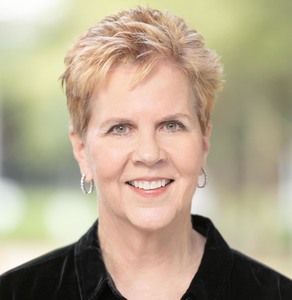 "Sandy Steitz is an extremely professional, courteous, knowledgable person who was more than willing to go above and beyond for the client. She is a warm-hearted understanding person who made the house buying process painless and a GREAT success. She is a great person who I would recommend to anyone."

"Honest, sincere, it was obvious she had my best interests at heart. We loved Sandy and all her help. She excelled at helping us find a home and she did it with the challenge of us living in Boston while we were house shopping. I will for sure use Sandy in the future–it felt like we were working with a friend from the day we met her. " - David

"She was very patient and helpful. She made our first home buying experience painless, memorable and pleasant. She was so friendly and is now our realtor for life." - Lynsey

"We liked everything about working with Sandy – she’s wonderful! She gives great advice and she knows her stuff!" - Reagan

"Everything – personality, work ethic, response time, she is wonderful!" - Keith


About Sandy
Sandy learned early on that sales was the perfect career fit. Armed with her teaching degree, she spent twenty years in the staffing industry as a top producer in both Houston and the entire State of Texas and as the owner of Steitz Personnel. After selling her agency, she joined Mary Kay cosmetics where she earned three pink Cadillacs, trips and numerous prizes as a measure of her sales and leadership skills, developing her unit and multiple off-spring directors. Continuing in direct sales, Sandy worked in the fashion industry creating and launching a new business model for the Connaught Group, as well as becoming the District Sales Leader in Houston for the Tanner Companies.

Real estate was a logical next step for Sandy. She and her husband Dave have bought, sold and lived in eight homes in some of Houston’s best neighborhoods, so she was very familiar with the buying and selling process. She quickly became a top producer, recognized annually as a top achiever. Additionally, Sandy’s clients have consistently nominated her as a Five Star Realtor®, as featured in Texas Monthly Magazine.

To be successful in all areas, negotiation skills are important, but the true measure of success is the trust and relationships that are built between Sandy and her clients. Some of the words they use to describe Sandy are: “ Utmost Professional” “Highly Skilled” “Always Available” “Great Listener” “Awesome Advocate”. That is what makes Sandy stand out from the rest…her client’s interests always come before the transaction! In the end, most consider Sandy not only their Realtor® but their friend.