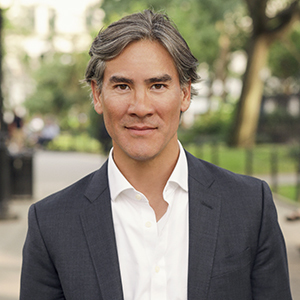 Licensed Associate Real Estate Broker | Licensed as Stephen M. Brooks Jr.
sbrooks@compass.com
M: 347-951-6959
About Stephen
Prior to joining , Stephen was an Associate Broker with both Halstead and a local firm on the Upper West Side offices where his focus was and will continue to be, on the resale, investment, and rental markets within Manhattan’s evolving real estate market. Stephen quickly earned a place on the NRT Top 1,000 Sales Associates roster and the esteemed Multi-Million Dollar Club.

Those who have worked with Stephen know he is knowledgeable, focused and fully committed to understanding the client’s needs. He has successfully completed transactions with clients of varying financial levels – from high profile personalities, to senior executives and investors, to first-time buyers and luxury apartment renters. Stephen’s collaborative personality makes him adept at building the necessary teams to “get the deal done” including attorneys, mortgage brokers, and contractors and he has been known to stage and lend project oversight as needed. His devotion, combined with his genuine and personable approach has led to a significant and much appreciated referral business as well.

Stephen’s first exposure to real estate began at an early age when his parents started their own property development and design firm in Arizona. He and his family later moved to Connecticut where he continued his studies in business management and the arts. Stephen officially began his career in New York in graphic design with an advertising company, and then pursued an entrepreneurial venture in project management where he serviced clients in New York, Miami and San Francisco.

Stephen then pursued his passion for photography – parlaying his client services experience and keen artistic eye to the world of real estate photography which included assignments in the Hamptons and New York City. He also branched into portrait photography and shooting high profile events such as New York’s Fashion Week. Along the way, and as a self-proclaimed foodie, Stephen also worked in the restaurant industry within a number of well-known establishments including SoHo Grand and Bond Street.

Stephen has called New York home for almost twenty years and knows the city well from living and working in various neighborhoods in Brooklyn, SoHo, Tribeca, the West Village, and the Upper West Side before settling in Washington Heights in 2012. When not hard at work, he enjoys many interests including photography, the history of New York and its architecture, cycling, sailing, the arts, food and wine, and volunteering. Stephen has been a proud member of the Central Park Conservancy volunteer team since 2009, continuing his commitment to making New York a better place.

Whatever real estate ambitions or needs you may have, Stephen will eagerly assist – and will be a true ally every step of the way.