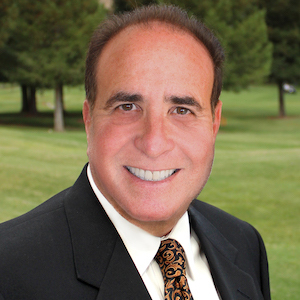 About Stephen
Stephen is a leading real estate professional with over 30 years of experience. He began his career in San Ramon in 1984 as a 2nd generation real estate professional. Stephen has built his consistent success on a keen skill set consisting of artful negotiation, creative marketing and a resourceful ability to close complicated transactions. These skills, together with his integrity, commitment and passion for real estate are simply a few of the reasons he has earned an esteemed reputation amongst his clients and peers.

Listing and selling property throughout the Contra Costa and Alameda Counties, Stephen is an expert in the realm of residential and income property, including land development. He understands, appreciates and is passionate about the unique characteristics of each property he represents, an interest he enthusiastically shares with his clients. Always putting his clients first, his goal is to exceed client expectations and remain committed to outstanding service long after a successful real estate transaction. Having lived and worked in San Ramon Valley for more than half of his life, Stephen has assembled an extensive network of leading title officers, lenders, contractors, architects, designers, stagers, photographers, inspectors, consultants and other industry experts to provide added value and unparalleled service to his clients. Stephen also has developed a skilled team that continuously manages active listings, transactions, marketing, advertising, social media and websites.

Stephen earned his sales license in 1984 and earned his broker’s license in 1989. He has personally sold over a 1/2 billion dollars worth of real estate, representing over 700 buyers and sellers. Stephen had his own successful brokerage firm along with his brother, and together they developed a longstanding reputation for uncompromising quality.

Stephen grew up in Fremont, California, where he graduated from Mission San Jose High School in 1977. He continued his education at San Diego State University where he earned his Bachelor of Science degree in Business Administration with an emphasis on Marketing in 1981. Stephen warmly attributes his strong work ethic and commitment to excellence from his inspired role models, his mother (Babe King) who was an active agent for over 40 years and his dad (Barney King) a real estate attorney for over 50 years. Stephen lives in Danville along with his wife Roxanne, a lifelong resident of the San Ramon Valley. They have 2 daughters, Alexandria and Vanessa, and one son, Zachary.