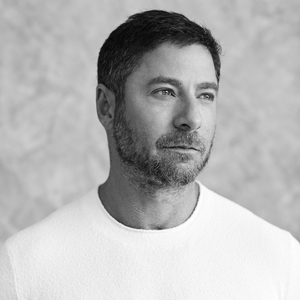 President, Estates Division | DRE 01296524
aaron.kirman@compass.com
M: 310-994-9512
O: 424-249-7162
About Aaron
Aaron Kirman, President of the Estates Division at Compass in Los Angeles, is one of the leading real estate agents in the U.S. and has repeatedly been named Top Agent in Los Angeles. He has an extensive client base featuring those who seek the luxury lifestyle including heads of industry, celebrities, royalty, major lending institutions and foreign investors.

As a prominent figure in the luxury real estate market, Aaron has received international acclaim from the architectural and estate communities and represents some of the most exclusive residences across the globe including: Frank Lloyd Wright's Ennis , Richard Neutra's Kaufmann Residence, Frank Gehry's Schnabel , Lions Gate by Paul Williams, and the only Oscar Niemeyer in North America.

Aaron's vast knowledge and expertise in selling exclusive properties has helped him to procure some of the highest prices in Beverly Hills, Hollywood Hills, Beverly Hills P.O. and Malibu. His most recent price record in Hollywood set the bar at $4,722 price per square foot, representing both the seller and buyer on Case Study 21.

Aaron attributes his success to his vast marketing and advertising strategies, partners, market knowledge, exclusive contact base and true love of luxury sales. He is sought by many developers to sell multi-unit projects including a private island in the Pacific, Turks and Caicos, and the W Hotels. Many developers, architects and designers contact Aaron prior to construction and completion of their projects to take advantage of his long track record of success to ensure that the design, architecture and plan would appeal to the right high-end buyers.