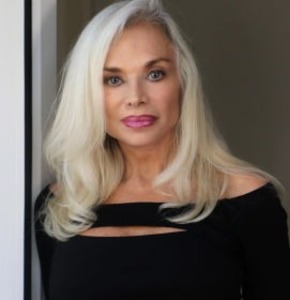 DRE 00917461
adrian.grant@compass.com
M: 310-962-7142
O: 424-249-7123
About Adrian
Adrian Grant, in her 25 years of real estate experience, has become widely known and respected for an impressive number of achievements for excellence in her field. Her performance has resulted in one of the most productive real estate practices on the Westside, winning her top honors year after year. She joined the Beverly Hills office in 2009 as an Estate Director. Currently she is a Director of the Estates Division with Compass. Not only is she recognized as being a top producer within the company, she also ranks in the top 3% of agents worldwide.

Adrian has worked in numerous leadership roles which have included being a sales manager, training director and the head of entertainment and estate divisions. Adrian has chosen to share her experience by participating in mentoring programs and is also active in her local community. Her energetic personality and active philanthropic involvement keeps her front and center among a prestigious network of clients, which includes prominent figures in sports, entertainment and the arts.

Adrian has a passion for more than real estate. She balances her efforts in business with a strong commitment to her community and the arts. Many local and national charities benefit from her tireless energy and commitment to their causes. She serves on numerous boards, including: ALS Team Leader, Founder of The Women's Professional Network, Cancer Support Community Chairperson, Temple of the Arts, Vice President of the Women's Group fund raiser, Revlon Walk, Supporter of A Place Called Home, LA's BEST.
Client Testimonials
"I cannot say enough wonderful things about Adrian Grant, as a Real Estate agent and simply as a human being. Adrian took over as the agent for me after an unsuccessful journey with a different agent. Out previous agent had the listing for three months with little to no activity towards a sale of a condominium on the Wilshire Corridor. As soon as our contact was up, I asked Arian if she would represent me for the sale of my mother’s condo. Within a BLINK, the condo was sold for asking price. Working with Adrian was a total pleasure. Not only is she very professional with attention to every single detail (which there were many), but she was gracious and perfect in working with everyone else who needed to be dealt with. NOTHING was too much for Adrian to handle, and there was plenty. She was able to finesse everyone and everything with a professional attitude and demeanor, unlike I have ever seen anywhere else.

Attention to detail is extremely important with this kind of transaction and Adrian did not miss ONE single detail. Things got somewhat out of hand with the stager we used, and if we didn’t have Adrian, most likely at the 11th hour we would have been in real trouble.

Anyway, enough said, even though I could go on and on. Bottom line: if anyone needs a Real Estate agent, the way to go is with Adrian!"