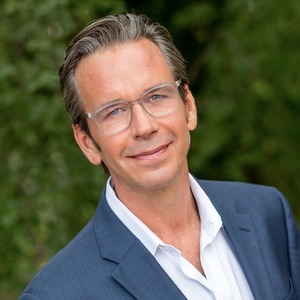 About Alan
Alan began his real estate career in Austin in the early 1990s. Alan was responsible for sales and marketing as well as development coordination and project management. During the next seven years, Alan played an integral role in the development, execution and sale of downtown Austin projects such as early pioneers Brazos Lofts and the avenue, and the new-construction The Plaza. Alan's position evolved from Sales and Project Manager to Vice President of the development group.

In 2004, the investment group that bought the shell space in the new Hilton Hotel downtown that would become The 5 Fifty Five at the Hilton (at the time, the largest condo in downtown Austin) tapped Alan as Director of Sales and Marketing. Alan assembled a team, and in addition to sales and marketing, Alan and his team managed all day-to-day matters at the project. Construction (interior buildout), sellout and occupancy were all concurrent during a thirty-month period, which added exponentially to the complexities of the project.

More recently, from 2011 to 2013, Alan was the Director of Sales and Marketing for Four Seasons Austin and its owner and developer, Post Properties. Shortly after completion of construction, Alan was hired to manage the sales and marketing of the project. At the time. approximately half the 147 units were sold. During the next twenty-four months, after a fairly brief realignment period in which he streamlined the sales process and revamped the marketing message, Alan sold and closed 77 units for total value of approximately $100 million, closing out the project a year ahead of schedule. He has consulted or played a brokerage role on other projects, such as Steel House Lofts in San Antonio's popular Southtown Area, as well as other projects in Austin and throughout Texas. From time to time, Alan also handled commercial transactions that fit within his areas of urban and mixed-use expertise. In 2016, he represented both the seller and buyer in the sale of a downtown high-rise development site. Many of the condominium developments Alan has worked on have included a commercial piece, which he managed and sold.

Alan has cultivated a proven track record for taking existing troubled projects, identifying and resolving issues, and leading them to a successful closeout. While his long-standing connections to downtown Austin keep him engaged in that market, Alan continues to work with development and investment clients as a consultant and broker across the region. His specialty is urban condominium sales management with a developer's perspective. Alan is skilled at creating and managing a seamless and efficient team, including sales, property management, design, and construction. To date, Alan has closed approximately 1000 transactions topping $300 million in sales value.

Alan is a member of the downtown Austin Alliance and the Real Estate Council of Austin, as well as the Austin Board of Realtors®. He holds a BA from Texas State University and is on the board of Hyde Park Theatre in Austin.