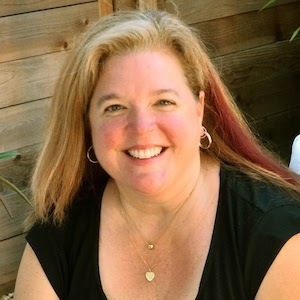 Originally from Minnesota and a resident of the Bay Area since 1993, Amy has spent her career in the fields of real estate and construction, with a short detour into -tech during the dot-com expansion era.

Armed with a degree in economics, Amy began in commercial property management and segued into shopping center development with Farallon Real Estate (later purchased by Madison Marquette).  During her time with Farallon, Amy developed programming skills and was later lured away by Charles Schwab. While at Schwab, she served as a web developer in the online learning department and quickly became the informal ombudsman between the technical and business sides of her department -- being fluent in the language of both groups.

Seeing an opportunity to assist in her family's well-established construction company, MXL Commercial Construction, Amy left Charles Schwab to manage the business side of the company, overseeing marketing, accounting, and business operations.

In 2004, Amy returned to real estate, where she found her calling as a residential agent. As such, she is able to merge her market knowledge, business acumen, construction background, and love of service.

As a licensed broker, Amy specializes in Alameda homes. She, along with her husband and twin sons, have lived, worked, and played in Alameda since moving from Oakland in 2005. She is an expert on the market, neighborhoods, and schools on the island and enjoys sharing her knowledge with her clients.

When not working, Amy volunteers at her sons' school, her neighborhood Community Emergency Response Team, and Alameda Little League.

Amy's clients know that her hard work, market knowledge, and marketing and negotiating skills will help them reach their goals, while her ability to listen and her upbeat but low-pressure demeanor will make the journey enjoyable.