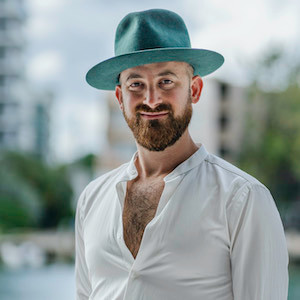 About Avi
Quick-thinking and solutions-oriented, Avi is your champion in the fast-moving Miami and Brooklyn Real Estate markets.
With deep family roots in both cities and the industry, Avi's role as a Luxury Advisor in Brooklyn's Mordy Werde Team that's consistently awarded as a top producer, and Miami's Chad Carroll Group with over $3 billion in closed sales, was destined from the start. He takes great joy in working alongside his brother, and is a passionate contributor to the team's peerless market expertise and impeccable client service. Avi has a specialty in serving buyers and sellers in the Brooklyn's southern neighborhoods and South Florida counties.
Prior to real estate, Avi honed his notable entrepreneurial drive and confident, collaborative work ethic as the producer of large-scale experiential events, particularly in the art world.
Avi is deeply proud of his family's long New York City heritage. His great-great-grandparents immigrated there in 1892, and his family has called South Brooklyn home more than a century. He was born in Miami, grew up in Brooklyn and now resides in Miami, where he enjoys being surrounded by family and community. His boundless creative spirit is demonstrated by his architectural photography and his skill as a hobbyist hat maker. In fact, he can regularly be found wearing one of the tasteful fedoras he makes by hand.