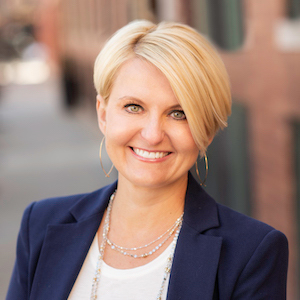 Bernadette has been a licensed Realtor since 2004 and has over 20 years of real estate experience as a managing broker, consultant, property manager, investor and homeowner. Prior to managing, she was a multi-million dollar producer.

Her European upbringing helped shape her approach to residential brokerage, teaching her the value of a dollar and allowing her to understand the sense of accomplishment felt by achieving “The American Dream” through homeownership. In treating every real estate transaction as if it were her own, Bernadette has developed long-lasting relationships with buyers and sellers, many of whom she now proudly considers her friends and best referrals. Her corporate finance background empowers clients, helping them understand how the capital markets and economic variables relate to and impact the real estate market.

Prior to pursuing a career in real estate, Bernadette spent eight years as an assistant vice president at a Chicago-based mutual fund company. There, she worked in a sales and service capacity with a client base of more than 200 companies in three states, managing over $200 million dollars in retirement plan assets.

Bernadette holds a bachelor’s degree in business and management, with an emphasis in finance and economics, from Indiana University. As a first-generation Polish-American she is fluent in the Polish language.

A lifelong resident of Chicago, Bernadette has lived in many different areas of the city, giving her a deep understanding of the character in each neighborhood. She currently resides in Lakeview’s Southport Corridor with her husband, Jeff, and two children, Jacob and Claudia. She enjoys traveling and spending time with her family, taking advantage of the city’s attractions and lakefront, attending her children’s hockey games and cheering on the Chicago Blackhawks.