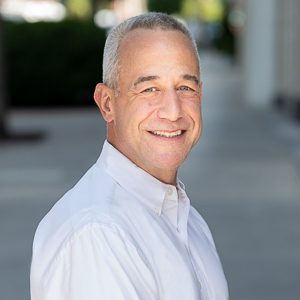 
Client Testimonials
★★★★★
"Prior to listing our home with Compass, we vetted more than a half dozen real estate professionals. Staci Zampa's team and Compass Real Estate brought the technical interface, sales experience, analytics and insight to navigate this evolving real estate market. We shared a mutually beneficial comfort level with the preparation and marketing of our home. In less than 30 days we had multiple offers over the asking price. It's imperative to find the right agent/agency with the market intelligence to successfully attract and compete for motivated buyers. Compass and Staci Zampa's Team is able to execute from photos to the finish line." - Debbie G.


About Bob
After a decade of developing New York City’s most extensive private-public solar portfolio, in 2019 Robert decided to use his business acumen and focus to participate in the growth of his wife Staci’s successful real estate practice.

Born and raised in Connecticut, Robert started his business career immediately after graduating from the University of Connecticut with an investment boutique in NYC. He remained a key employee and helped build the firm from a dozen employees in one market to several hundred in key cities across the globe. During his 10 plus year tenure, Robert oversaw one of Wall Streets leading production teams, eventually moving his business to Jackson Hole, WY. Robert sold his practice in the fall of 2001.

After his successful Wall Street career, Robert and Staci owned and operated Window Genie, a franchise specializing in home beautification services such as window cleaning, power washing, window film installation in Fairfield County, CT. The business was sold in 2008 when Robert decided to pursue opportunities in the solar space.

Through a blend of work ethic, deal savvy and local insight that includes being a local business owner, Robert’s complementary skill set is a tremendous asset, not only to the team but most importantly, to their buyers and sellers.

Through his extensive and broad business background, Robert uses his foresight to be proactive in an ever-changing environment with the ability to work thoughtfully when advising clients through one of the most important transactions they will make in their life.

Robert is a firm believer in the many benefits of living in Stamford and is particularly passionate about its communities, its neighborhoods, and its people. Robert and his wife Staci raised two children in Stamford, Hunter, and Dakota, giving him a deep and well-rounded commitment to local opportunities and family activities.