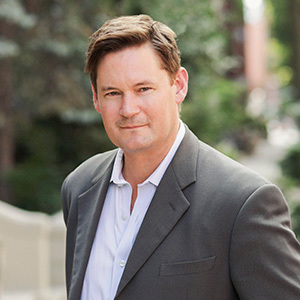 Tips for Home Buyers in Brooklyn

“Great experience”
"I recently sold my apartment with the Gladen/Rohrer team and I had a great experience. Everything from listing, to photos, open houses and marketing was 100% professional. They worked with my timeline and the photos/listing was amazing. They supported me through every phase of the process and had helpful advice throughout. I would highly recommend working the Gladen/Rohrer team." - — Sage L. - Condo seller

“Focused strategy”
"When I decided to sell my apartment, the team were experts at staging and engaged a photographer to highlight the features of my apartment. The staging, professional pictures, and copy describing my apartment were essential components of their focused strategy that led to several high-quality offers. Without their guiding hand, I wouldn't have received as much for my apartment!" - — Chris. W. - Co-op seller

“Seamless and Pleasant”
"Working with Cal and the Gladen Rohrer Team was a fantastic experience. They helped us navigate every step in the application process. They knew the apartment building and neighborhood very well and were always quick to assist and answer any questions we had. This was the first co-op apartment that my partner and I applied for and they helped make the entire process seamless and pleasant. We would definitely use them as a realtor in a heartbeat. We are loving our apartment by the way :)" - — Kealy V. - First-time buyer

"When we were ready to put our Park Slope townhouse on the market, we interviewed two brokers. The Gladen Rohrer Team recommended a price significantly higher than the other agent. We were excited, but a bit dubious about whether they could attain that price. But their reasoning, confidence and marketing plan seemed sound and we gave them the opportunity. They were a pleasure to work with and we were thrilled to receive multiple offers and sold 6% over our asking price and 14% above the other broker's price." - — - L.H. & J.O. - Park Slope townhouse sellers


About Calvin
Calvin Gladen has called New York City home the last twenty years. Known his strong work ethic approachable candor, Calvin's passion real estate began when he and his wife purchased a true fixer-upper in Brooklyn. They worked tirelessly, doing a majority of the work themselves, in order to restore the Art Deco gem to its former glory.

Calvin holds a Bachelor of Arts in History from The University of California, Santa Barbara. During his time in college, he also studied in Morelia, Mexico. What brought Calvin to New York was the bustling theatre scene. He received his acting training at the William Esper Studio, then studied speech and Shakespeare with Robert Neff Williams of the Julliard School. Calvin subsequently his own not-for-profit theater company and produced off-Broadway plays for several years.

As Managing Director, he was responsible for taking an unformed idea, and translating it into a developed physical reality. He oversaw everything from negotiating contracts with designers to finding appropriate spaces for each project.

Calvin brings his finely honed negotiating skills and artistic insights when aiding his clients in materializing their visions. He has assisted clients in buying and selling New Development Condominiums, Cooperative apartments and Townhouses across Manhattan and Brooklyn.

Calvin believes that "representing clients requires something unique in every case, because everyone has a different idea of what home means to them. That's why I love what I do. I get to go out there and put together the right team of people in order to turn these dreams into reality."

Whether you are looking for your first home, looking to trade up or seeking an investment for the future, Calvin is working for you.

”Working with Cal was a fantastic experience. He helped us navigate every step in the application process. He knew the apartment neighborhood very well he was always quick to assist answer any questions we had. This was the first co-op apartment that my partner I applied for Cal helped make the entire process seamless pleasant. We would definitely use Cal as a realtor in a heartbeat. -- We are loving our apartment by the way 😊”
Kealy V.