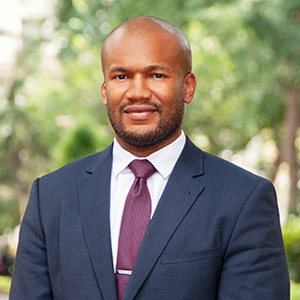 The New York Times: In Cobble Hill, Brooklyn, Quiet, Quaintness and Room for a V.I.P.

Condominium and residential sales and rentals.

B.A. in Business from Florida A&M University; Masters in Real Estate from New York University and an M.B.A. from University of Cape Town in South Africa.

About Chaka
Chaka is drawn to New York because of its diversity and palpable energy. Originally from Detroit, Chaka currently resides in Bed Stuy and actively explores all of New York’s neighborhoods.
Chaka believes the functionality of a space is equally as important as the aesthetics. His passion for real estate significantly increased after completing a condominium development, where he was able to appreciate first-hand how finding the ideal living space deeply impacts a person's life in a positive and lasting manner. As an agent, he demonstrates that appreciation by connecting his clients with the apartment and neighborhood that will afford the greatest comfort and sense of well-being.
Chaka received his Masters in Real Estate from New York University, which has further expanded his resources as well as his industry insight. He stays abreast of the latest trends and insights about the real estate industry through his commitment to continuing education.
Chaka holds an MBA from the University of Cape Town in South Africa, and a B.A. in Business from Florida A&M University. Before moving to New York, he lived in Osaka, Japan where he worked as an English instructor. Chaka enjoys traveling, discovering new restaurants, and is actively involved in Habitat for Humanity in his free time.