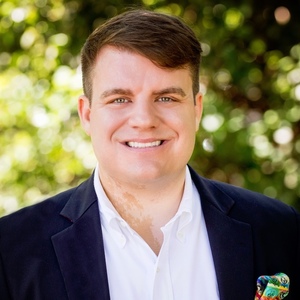 "David and his team were truly amazing to work with. He helped us to secure a home in a hectic market and provided great insights and feedback along the way. As a first time home buyer - I had A LOT of questions - and David was a great advisor with a deep understanding of the market. He also has great relationships in the industry that make the entire home purchasing process much easier. I can't recommend David enough!" - Danny

"David is amazing! He helped us buy a house while we lived out of state during a global pandemic. He made the process easy, quick, and stress-free. David is extremely knowledgeable about the Austin market and guided us through the competitive landscape. He was quick to respond to questions, always available to check out the new listing, and provided excellent advice during the offer phase. Although buying a house during CoVid was not ideal he alleviated all my concerns and made the process simple."" - Gracie B

"I truly could go on forever why David is so awesome! He's professional and personable, puts the needs of his client first, truly dedicated to helping you with EVERYTHING related to your real estate purchase, passionate about finding you the right place, kept me calm during the entire process, and goes the extra mile to ensure your experience with him it the best. He is the BEST in the business!" - Jean

"David Bean has been a godsend for us! We were under pretty tight time constraints when searching for our home and David jumped right in and got to work for us, even pulling many weekend hours. We have very little real estate knowledge and feel so lucky to have found someone with patience and great communication to help us throughout the process. He has gone above and beyond for us, even getting the roof replaced and extra money toward closing for us. We will sing his praises to anyone who will listen and will look to refer him anytime we can." - Jennifer & Frank

"David helped my wife and I buy a duplex and a house all in a 12 month period. Once we decided on a market that fit our needs, he was able to propose several excellent options so we didn't feel like we were just wasting our time. He was very on top of things throughout negotiating the contract and was very helpful all the way through closing. David is very flexible and easy to work with." - Matthew

"I worked with David Bean during the recent sale of our home in Austin, TX and my husband and I were incredibly pleased. Not only was he helpful at understanding our needs, he made sure we understood every part of the process with ease. I have recommended him to another friend who is also incredibly happy with his professional behavior and work ethic. We will continue to recommend David Bean and use him in future real estate needs." - Brooke

About David
“I’ve always been fascinated with the intersection of people and places,” says David Bean, who grew up in Orange, Texas, on the Louisiana border. “Instead of Saturday morning cartoons, I was watching the real estate shows.” Once he started traveling to metropolitan areas such as Houston and New Orleans, he remembers, “I was infatuated with the number of cars on the street, the volume of office and residential buildings, and the rhythm of the city.”
Those early inspirations blossomed into a career that began in real estate development, where he learned to work with multiple stakeholders on large commercial projects. That experience interfacing with architects, designers, engineers and contractors armed him with the ability to assess residential properties as a real estate agent, ask the correct questions, and discover the best opportunities for his clients.
David completed undergraduate degrees in urban studies and economics, plus a masters in community and regional planning in the school of architecture, at the University of Texas at Austin. After several years working with developers there, he continued that path in Washington, DC, as he pursued further studies in real estate finance at Georgetown University. At that point, a colleague suggested he get a real estate license because of his energy and passion for working with people. David’s first buyer was a teammate on his recreational kickball team that played games on the National Mall. “I’d hit on a dream job,” he says.
David returned to Austin in 2013 to be closer to family, and scored his first sales listing just two weeks after his arrival—and it hasn’t stopped since, he says, because his fascination with architecture, homes, and the people who live in them constantly motivates his work. “Our lives are shaped by buildings. It’s important to find a space that really reflects who you are as a person, and that meets your needs so you can be your best self. It’s an emotional process,” he explains. As a homeowner himself and an investor in real estate, he also understands the myriad aspects of buying properties, and the different goals of each client. As a result, his transactions have doubled each year since that first listing.
Outside of work, David serves as past chair for the board of the Austin Young Chamber, where he’s been a member since 2014, and he recently completed the Emerge program at Leadership Austin, which is geared toward empowering emerging leaders in the community. He regularly runs the Lady Bird Lake Trail, where he first established an Adopt-a-Garden campaign as a college intern for The Trail Foundation. David also volunteers for the Central Texas Food Bank and the United Way. He lives in a townhome-style condo in Central Austin, so he can absorb the urban energy that first beckoned him as a child.