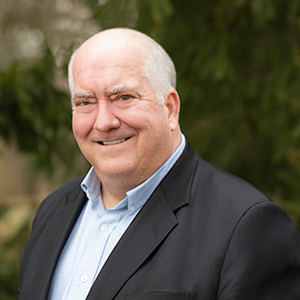 
About Donald
In 1972 Don Hibberd obtained his real estate license and joined a 3rd generation family real estate and insurance business, established on State Street in Media PA in 1921. He also matriculated into the University of Pennsylvania Wharton School the same year as an insurance major. Also, he enrolled in the Wharton Evening School and took all the real estate courses no credit because of his interest in real estate. Upon graduation in 1976, he joined the real estate division of Hibberd Brothers and the rest is history!

In the past 47 years, Don’s broad range of experience has covered being the 3rd top Century 21 producer in Eastern Pennsylvania, the sales manager Century 21 Hibberd Brothers, founding Century 21 Donald H. Hibberd in 1979, a business that he later sold to B. Gary Scott in 1987, where he remained as vice president and sales manager, recruiting and training many top Realtors. During this last period, he also had oversight of the development and sales of Heilbron, an 82 home subdivision of custom estate homes.

In the Fall of 1990 Don changed gears and was hired by Evans, Congar, Broussard and McCrea as vice president to sell and service large account property and casualty insurance clients in the trucking, environmental, manufacturing, food processing and real estate sectors. This was a very successful transition, but in 1994 Don decided to rejoin the family firm and worked his brother David until 1997 when David moved to North Carolina and Don started Hibberd Real Estate.

On March 17, 2008, Hibberd Real Estate merged with Prudential Fox and Roach which later became BHHS Fox and Roach and Don joined the Diane Nelson Team which they renamed the “Nelson Hibberd Team”. They worked together building the team and in 2017 were married.

On March 18, 2019, the Nelson Hibberd Team, consisting of 16 real estate professionals, joined Real Estate in the Ardmore Suburban Square office. After 6 years, , a transformative type of real estate business, is now the # 1 independent real estate company in the United States.

Throughout his career, Don has always followed the “Golden Rule” in his service to clients and his relationship with fellow Realtors. His love of God, family, people and the real estate business results in a face filled with joy and a smile that is infectious.