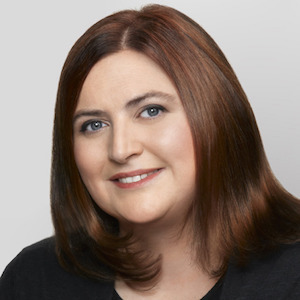 Senior Managing Director, Real Estate
elizabeth.stribling-kivlan@compass.com
O: 646-220-8603
About Elizabeth
Prior to Compass, Elizabeth Ann Stribling-Kivlan was the President of leading New York real estate company Stribling & Associates. The brokerage was founded by her mother, Elizabeth F. Stribling, in 1980 and has grown to include more than 300 agents in four offices across Manhattan and Brooklyn, as well as a vast network of national and international partners.

In overseeing day-to-day operations at Stribling & Associates, Elizabeth Ann has grown the firm's agent population, overall sales volume, and average sales price. Her lifelong real estate experience makes her one of the most sought-after resources for buyers and sellers, as well as in the press. She is frequently quoted in The New York Times, The Wall Street Journal, Forbes, and US News & World Report, and is a regular contributor to Inman News.

A fifth-generation New Yorker, Elizabeth Ann Stribling-Kivlan is a graduate of the Chapin School and the College of the Holy Cross, where she studied Comparative World Religions. Elizabeth started working in real estate in 2001 in San Francisco, as an assistant to one of that city's top producers. After two years on the West Coast, she returned to New York City and began her career at Stribling as a salesperson. During that time, Elizabeth sold property both Uptown and Downtown, as well as in Brooklyn, where she worked on-site at One Brooklyn Bridge Park, the conversion of a former warehouse into 449 luxury apartments in Brooklyn Heights.