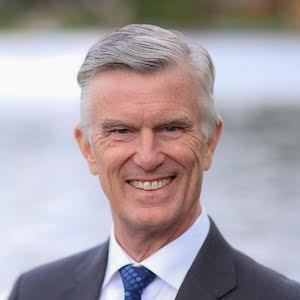 Managing Broker | The Reese Team
eric.reese@compass.com
M: 206-450-6107
O: 425-883-2744
About Eric
From the time you take off, you’ve got know where you’re going land—and possess the right flight plan to get there. Eric Reese, the Greater Eastside’s only real-estate who’s also an experienced professional pilot flight instructor, applies the same meticulous preparation to his work with clients. As with flying, he says, “with everything you’re doing, you have to be thinking long term with each transaction.” What is the desired result, and what will it take achieve it?
Eric, with the support of his wife and partner Renee Reese, have been asking—and answering—these questions throughout a long career of entrepreneurial ventures. He ran a satellite power electronics test lab at Lockheed before his passion for flying led him to start a flight school in Livermore, California, which grew from a single plane to 20 aircraft. When he and Renee moved back to her hometown of Seattle to raise their three children, Eric pursued a sales career with a large-scale computer software company until 2003, when he began contemplating another career move. He remembered something his real-estate agent told him Livermore—that Eric would make a good agent himself. “It was because I was a successful business owner,” Eric recalls, “because successful real-estate are entrepreneurs and understand the work it takes to work with people, sellers and buyers of real estate.
Flying has remained a constant since Eric left the University of Washington to become a professional pilot at age 23. He pioneered aerial photography for his property listings before the advent of drones, which The Reese Team now employs to produce stunning perspectives of their luxury listings.
Every entrepreneur recognizes that quality work is a team effort, and for that, Eric doesn’t have to look farther than his own family. Renee, the “people person,” Eric says, is a design expert and certified professional stager who focuses on clients’ needs and on staging their homes for sale. The Reeses’ two sons, meanwhile, own video and documentary companies that produce The Reese Team’s videos, property tours and VLOG’s. Their daughter, Katie joined the team as an assistant in 2019 while working on her real estate license.
www.LuxuryHomesNorthWest.com

Who is the Reese Team from Eric Renee Reese on Vimeo.