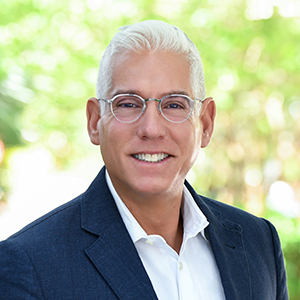 About Gene
With over 20 years in the real estate industry, Gene Martinez has been an influential professional in the continued growth of Compass around the country. As an early member of the Compass sales team, Gene was brought on board in 2014 to run the national sales operations for the company and manage the recruitment and training of new agents in cities across the U.S. He was integral in establishing key new offices in markets such as Washington, D.C., New York City, The Hamptons, San Francisco, and in his hometown of Miami.
In 2016, Gene launched Compass in the Bay Area where he achieved unparalleled success. In its first year, Gene oversaw $1.8 Billion in sales, hired over 100 agents, and reached number one market share in San Francisco. Gene now brings his unique experience to his hometown of Miami. Between his extensive knowledge of the South Florida market, where he has been personally invested for years, and his various management responsibilities in the luxury markets at home and across the country, Gene’s unmatched experience with high net-worth individuals and the intricacies of real estate provide him with a base of success.
Gene began his career as an agent for The Corcoran Group, the premier real estate company in New York City in the 1990s. Under Barbara Corcoran’s leadership, he rose to the position of Senior Managing Director at the Soho office. He exponentially grew the office over his 12 years in management, and after NRT purchased the Corcoran Group, the Soho office under Gene’s leadership was ranked number two in profit out of all 750 NRT’s offices nationwide, including Sotheby’s and Coldwell Banker. He was also appointed by Governor Andrew Cuomo to the board of the NY State Department of Taxation and Finance.
After joining Compass in 2014, Gene launched the company’s sales operations in Washington D.C., where he oversaw the hiring of over 100 agents, opened multiple offices, and hired managers to oversee what has become the number one real estate company in Metro DC. Additionally, he was instrumental in the launching of Miami and later the Hamptons operations for Compass.