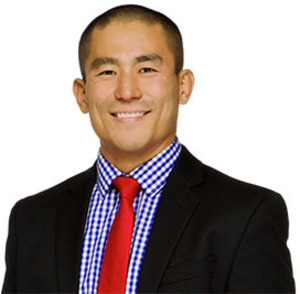 After moving to the Silicon Valley in 1982 from Rochester, Minnesota, George’s parents settled down in Cupertino, California because of the reputation of the schools. George attended Stevens Creek Elementary, Kennedy Middle and Monta Vista High. George then graduated from Santa Clara University with a degree in Finance and started working at Cisco Systems. After 6 flourishing years at Cisco, he moved to Apple. It was during this time his business partnering skills and financial wisdom were accelerated due to the rapid pace of the innovative company.

As George was celebrating his 5-year anniversary at Apple, a shift was happening in the residential real estate industry - home buyers were using the internet and technology more for their home searches and agents were relying more on the internet and social media to advertise homes for sale.

George approached Mary, who had been a successful and established realtor based out of Cupertino since 1983, and proposed the idea of partnering and forming a mother-son real estate team. George’s parents’ initial reaction was surprise, given his successful roles in Apple. After several family discussions, George resigned from Apple and the Mary Tan Realty Team was formed.

George had a huge advantage over other agents at the immediate start of his real estate career - and that was to be partnered side-by-side with Mary Tan. The number of transactions George was able to participate in was staggering and unheard of for any new agent. Even listening to Mary speak with clients was a regarded secret in the industry. George immediately took it upon himself to scale Mary’s business and streamline the team’s overall operations. While helping Mary grow her side of the business, George has also honed his skill as a top buyer’s in the Silicon Valley.

Having remodeled his own and countless clients’ home, one of George’s strengths is his remodel/rebuild experience. He is able to walk into a and suggest simple cosmetic changes or larger scale floor plan reconfiguration. Clients have found this service to be a huge value add over other realtors.