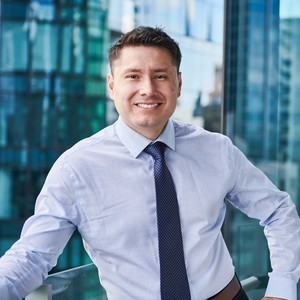 Realtor® | DRE #: 02095777
gerardo.chirichigno@compass.com
M: 628-502-4371
About Gerardo
Integrity first, service to client before self, and a drive towards excellence in all endeavors are the simple yet powerful guiding principles that Gerardo brings to the Realtor profession. Representing San Francisco’s future homeowners in buying or selling, Gerardo is committed to understanding the precise details of the client’s needs and utilizing his keen interpersonal skills to ensure a successful transaction.

Raised on the global stage, Gerardo has a unique upbringing having lived and served on all but two continents which makes him both relatable and compassionate to the myriad of cultures and styles of communication that make the world so beautifully diverse. The many faces of San Francisco’s inhabitants are an amalgam of his global experience and he is right at home in the Bay Area.

Gerardo graduated with a B.S. Kinesiology from the College of William & Mary in Colonial Williamsburg and then went on to proudly serve in the United States Air Force for nearly a decade before landing in San Francisco. Throughout his career, Gerardo has continuously demonstrated his ability to interface with the public in a sincere and professional manner, earning numerous accolades during his time in service.

Gerardo’s candid enthusiasm and genuine interest in the needs, wants and desires of the folks looking to navigate the San Francisco real estate market caught the attention of an already well established realtor and Gerardo thus joined the seasoned Somsel Team at Compass.

Working with Gerardo not only brings you the confidence you seek in a realtor, but is equally comforting knowing he has the resources, experience and depth of knowledge that comes with joining an already established real estate professional. Gerardo is able to leverage the successful inroads Somsel Team has built to guide you with confidence in San Francisco’s real estate market.