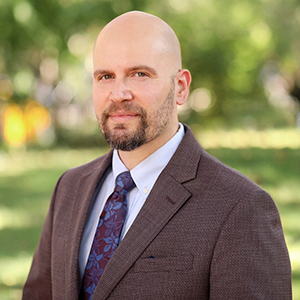 ★★★★★
"Tom sold my home in June 2019. I would highly recommend him to anyone that is looking to sell. When I first met him, he shared with me his process and what I could expect. No pressure. Months later I contracted with him. He is very punctual. He adheres to his process which obviously works exceptionally well. He share with me what I can expect from a seller, questions that may come up, and also areas that he recommended I work on. All taken. He keeps you informed of what's going on as much as he knows. My home sold within the timeframe he told me. In all, I am pleased with the service he provided and I would highly recommend him. He is thorough, knowledgeable, reachable and committed. I also felt he communicated with me honestly. A very nice guy as well. Thanks Tom." -Audrey

★★★★★
"Tom was an excellent agent and often felt more like a trusted guide than a salesman. Buying property in NYC is a really overwhelming experience and having Tom there to answer any questions really helped make the process less stressful. He was also very knowledgeable about the neighborhood and great at recommending lawyers and evaluating listings for us before we even went to houses. I plan to stay in my beautiful new condo but if I ever buy property again in Brooklyn Tom will be the first we ." -Karin

★★★★★
"Tom helped us sell our condo in Brooklyn. My husband and I were both very pleased with Tom's diligence and responsiveness in working with us through the sale process. In the months leading up to listing the property, he was very helpful in answering our many questions about what we needed to do to get the apartment ready and he was able to recommend a roofer and handyman to help us get things fixed up. When we did list the apartment, Tom was very communicative, giving us regular updates on the interest he was seeing, and he put a lot of thought into how to drum up interest. Once we had received a couple of offers (which was less than a month after listing the apartment), Tom gave us good advice in handling the negotiations, leading us to a sale price that we were extremely pleased with. We would definitely recommend Tom to others and would use him again!"

★★★★★
"We found Tom to be very responsive to all our concerns and quickly followed up on any questions we had during the entire process. He explained things clearly regarding the selling procedures. He had great ideas preparing the apartment the and worked with us and the photographer to show the apartment well. He provided immediate feedback after each . Tom was a pleasure to work with and we had full confidence in him. We highly recommend him." - Murray

★★★★★
"Mr. Borrero was professional, amicable, and thorough. He did a wonderful job selling the and walking us through the process. He explained everything to us in detail in terms that we understood."


​​
About Tom
Integrity, attentiveness, credibility and earnest enthusiasm, those are the qualities that describe Tom’s approach in serving his clients. From the first moment you meet him, Tom has a way of putting people at ease and making them know they're in good hands.

In his many years as a former fire protection specialist, Tom established himself as the consummate professional, and the ultimate resource people could rely upon. When this lifelong New Yorker decided to apply his seasoned skills to real estate, clients expected and received nothing less.

A lifelong Brooklyn resident, Tom has witnessed the transition and revitalization of a number of Brooklyn neighborhoods, from Sunset Park where he grew up, to Carroll Gardens where he and his wife rented their first apartment, to Clinton Hill where he purchased his first co-op, to Greenwood Heights, where his daughter took her first steps. Presently, he, his wife, their two young children, and their mischievous cat live in vibrant Crown Heights.

Tom holds a BA degree in Fire Science and an MS degree in Protection Management from the City University of New York (John Jay) and is fluent in Spanish. He spent eight years working for the New York City Fire Department before becoming Director of Educational Services for a major fire services consulting company. Prior to entering real estate, Tom oversaw fire safety operations at a major New York City university where he created and implemented their fire safety program.