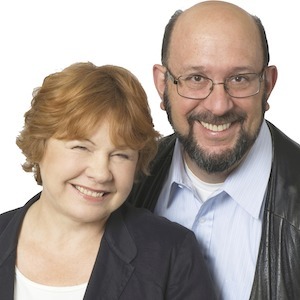 I'm Ira Serkes. Carol and I specialize in helping nice folks sell and buy wonderful homes in Berkeley and nearby communities.

We're a lot happier ... and continue to be in the top-10 agents in Berkeley in terms of sales productivity. But that's simply a result of having wonderful clients and lots of referrals!

We love what we do, but need to tell you right away that real estate isn't our life -- it funds it.

Interested in what we're up to?  Check out our berkeleyhomes.com blog and web sites, flickr photo, facebookand social networking site!

We like to travel, and have been focusing on infill travelling the past few years -- Colorado, New Mexico, Arizona, Utah, Missouri, and South Carolina. I'll have visited all 50 states once I visit North Dakota.

I used to say that we've been as far west as Mendocino, but in 2003 we went to Australia and New Zealand, where we climbed the Sydney Harbor Bridge on my birthday! In 2008, we travelled to Asia with a group of CyberStar Friends. We've and have been as far east as Budapest, Hungary (on a trip to Prague, Vienna, and Budapest).

Carol says that "there's nothing Ira likes more than being in a new city with a bunch of guidebooks and maps," and I'd have to say that she's right. I'm trained as an engineer, and always love reading maps and guidebooks and figuring out how to see 12 hours of sightseeing in six hours. That's why I enjoy guidebooks so much.

I'm a train buff and enjoy riding on trains, taking pictures of them, and listening to the whistles.

I speaks Bronxese, New Yorkish, Spanish, Macintosh, PDP-8 Machine Language, and Fortran. I also studied Hebrew and Arabic, but found that he was a better realtor than linguist.

The great outdoors is fine as long as it's not more than a mile or two from the car, and within an hour or two from a decent cup of coffee. Our cousin Mimi, on the other hand, is a rock climber, and we had a great time with her in Yosemite (she even climbed Half Dome.) Fran Lebowitz said that "the great outdoors is what you see on your way from the apartment building to the taxi." I tend to agree.

We met Mimi when she called in mid-1996 to say she's in town, and would we like to get together. We said sure, and though I've only seen her a few times, it was like we'd known each other for years.

A few years back, we received an email from another Serkes, asking if we were related. That inspired me to search on the net to see how many Serkes' I could find. I sent out about a dozen email messages and within a day got a call from someone who said we're related! Within a few days, I found another 20 family members I didn't know existed. Wow; the net is amazing!

I grew up in The Bronx, graduated from The Bronx High School Of Science, received a Bachelor of Science in chemical engineering from The Cooper Union, and a Master of Science in chemical engineering from the University of Massachusetts in Amherst. I worked for 10 years as an engineer for Chevron Research and hold two patents for my research. I now teach realtors how to use computers to better serve their clients.

We're fortunate in that our referrals from past clients are so bountiful that we only work half-days. It doesn't really matter which 12 hours; we tend to come in a 10 a.m. and work till 10 p.m.

We're looking forward to representing you too!