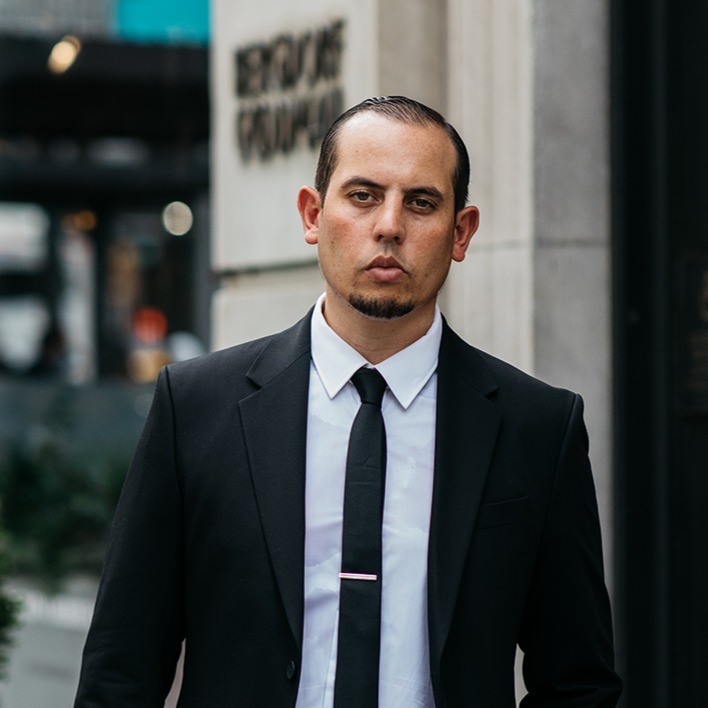 Business Insider - Inside Look at 15 CPW

Chabad Lubavitch Organization
About Jacques
Jacques A. Cohen, the Leader and Founder of The Jacques Cohen Team at Compass is a well-respected New York and Miami power broker and luxury residential expert. DOUBLE LICENSED in the states of New York and Florida, Jacques comes powerfully equipped with 11 years of comprehensive real estate experience and a track record of $250,000,000 in residential volume, with monumental sales in 2017 that included Residence 8B at 15 Central Park West for $21,500,000 and the $16,500,000 sale of 3114 North Bay Road in Miami Beach. Other memorable transactions include the $35,000,000 sale of 15 Central Park West #8A as well as the $17,000,000 sale of Penthouse #3 at 21 West 20th Street in 2016. Known for his light-speed responsiveness, pragmatic negotiation skills, versatility of knowledge and international flare, Jacques truly understands every nuance of the residential market and the human component that accompanies it within a business context. With trilingual fluency in English, French and Spanish and a profound passion for world culture, Jacques effectively mastered the art of dealing with the foreign client in addition to his domestic clientele, having represented a prestigious array of investors, buyers and sellers from Serbia, Israel, France, Russia, South Korea, Argentina, Chile, Brazil and Saudi Arabia.

Jacques originally hails from Bal Harbour and Indian Creek, Florida the son of Colombian-born Patricia Lustgarten Cohen -current Councilwoman of Bal Harbour Village- and Felix Cohen, a native of Lyon, France and legendary South Florida fashion executive who throughout the 1980's and 90's founded the iconic Oxygene boutiques in Bal Harbour Shops, Mayfair Coconut Grove and Worth Avenue Palm Beach. His father is also an esteemed Miami Beach real estate developer specializing in the creation of trophy mansions, most notably his bay-front masterpiece 3 Indian Creek Island, which in late 2012 commanded a record-breaking $47,000,000 and currently holds the coveted accolade of being the highest-priced single family home ever sold in the history of Miami-Dade County.

After graduating from the prestigious Leysin American School of Switzerland in 2003 where his student body comprised 42 nationalities, Jacques journeyed to New York where he studied Sociology and Anthropology at Hofstra University and Baruch College. In early 2007, Jacques began his real estate career at Platinum Properties on Wall Street as one of the last agents to experience the tail end of the pre-crisis boom era. Rather than drowning in the 2008-2009 aftermath which he witnessed firsthand in Lower Manhattan, Jacques ironically thrived by adaptively shifting gears toward where the market had gravitated and where demand was robust: luxury residential rentals. He consistently ranked as one of Platinum's top producers before co-founding Hudson Properties in 2010, during which time he trained and managed a team of 25 agents in every aspect of the residential market with proficiency in over 200 properties throughout Manhattan, Brooklyn and Queens. In September 2012, with over 400 transactions under his belt, Jacques joined Prudential Douglas Elliman and affiliated himself with one of their Top-10 teams, where in just 36 short months he personally transacted approximately $150,000,000 in residential sales volume comprising a healthy mix of cooperatives, condo re-sales and brand new construction.

A current resident of the Upper East Side and former long-time FiDi resident, Jacques is a devoted husband and father. He enjoys spending quality time with his wife Allison, daughter Juliette and son Max. As a passionate world traveler and sociolinguist, Jacques visited and explored 28 countries to date. He also enjoys tennis, boating, politics, thriller films, stand-up comedy, Japanese cuisine and nature-watching in the Florida Everglades ecosystem. His philanthropic affiliations include Habitat for Humanity, the UJA and The Chabad Lubavitch Organization.

Jacques Cohen is the quintessential world class agent and a consummate professional with a charming sense of humor and global citizenry. He will advocate fiercely on your behalf and seamlessly guide you through the art of the deal.

Be the first to live at The Vernon: Long Island City’s hottest new residential locale. Comprising 23 boutique residences over 7 floors, The Vernon offers residents a diverse assortment of one and two bedroom layouts, many of benefit for corner/double exposure and boast breathtaking UNOBSTRUCTED views of Manhattan, Long Island City and The East River. Select homes also feature enormous private outdoor terraces. Interior features include extra-large bedroom proportions, Honey Oak flooring, deep walk-in closets, master bathrooms with double sink & vanity, state-of-the-art open kitchens with Quartz countertops, stainless steel GE appliances, LG remote-controlled Heat & AC, & floor-to-ceiling windows. Building features include a Ceramin Marble-clad lobby, 2nd floor common outdoor garden, on-site parking with INDIVIDUAL parking spots, elevator, virtual doorman, common laundry room and roof terrace with breathtaking 360-degree panorama. Enviably situated at the corner of 46th Avenue and Vernon Boulevard in the heart of LIC’s bourgeoning “Tech Harbor” neighborhood, The Vernon is at the center of everything: Commuting is a dream, with residents benefiting from equidistant access to the 7 train at Vernon Boulevard and E/M/G trains at the Court Square hub. Both offer one-stop access to Manhattan, as well as The Astoria Ferry which stops at nearby Center Boulevard and transports passengers to 35th Street and Wall Street. For local strolls and respite from the hustle-and-bustle of the big city, residents can relax at nearby Murray Park, Gantry Plaza State Park, Hunter’s Point Community Park, the LIC Dog Park and The 11th Street Basin. For fine dining and casual eats, there is no need to leave the neighborhood. 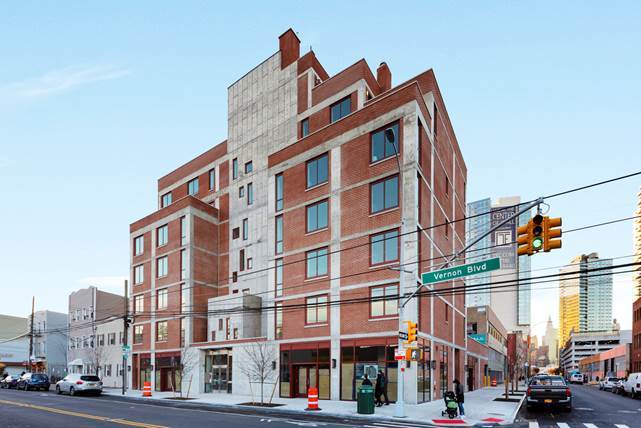 "A seamless fusion of Real Estate, Art and Fashion" 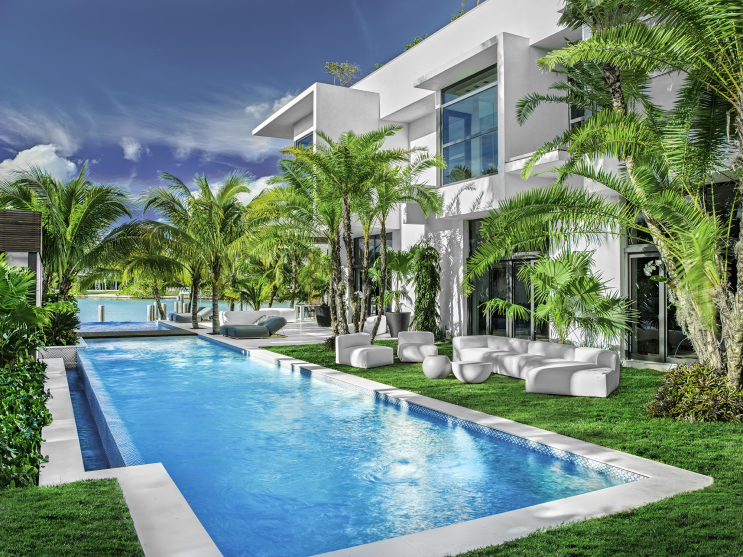 Oceana is the newest and most prestigious condominium on Collins Avenue, flawlessly positioned on 400 feet of pristine beach in Bal Harbour Village, the most exclusive residential enclave in South Florida. This iconic address represents an unprecedented opportunity to experience the seamless fusion of art and luxury real estate: Flow-through Sky Homes and Penthouses with unobstructed views of the Atlantic Ocean and seamless design, a private Stephen Starr-operated restaurant for residents and lush outdoor environments which include freestanding Jeff Koons sculptures and immaculately landscaped gardens.

Surrounded by the Versailles-inspired manicured gardens you’ll find Oceana Bal Harbour’s Olympic-style lap pool and large relaxation and leisure pool. Residents will also enjoy world-class members-only spa and tranquility center offers the indulgence of a 5-star resort without ever having to leave home. 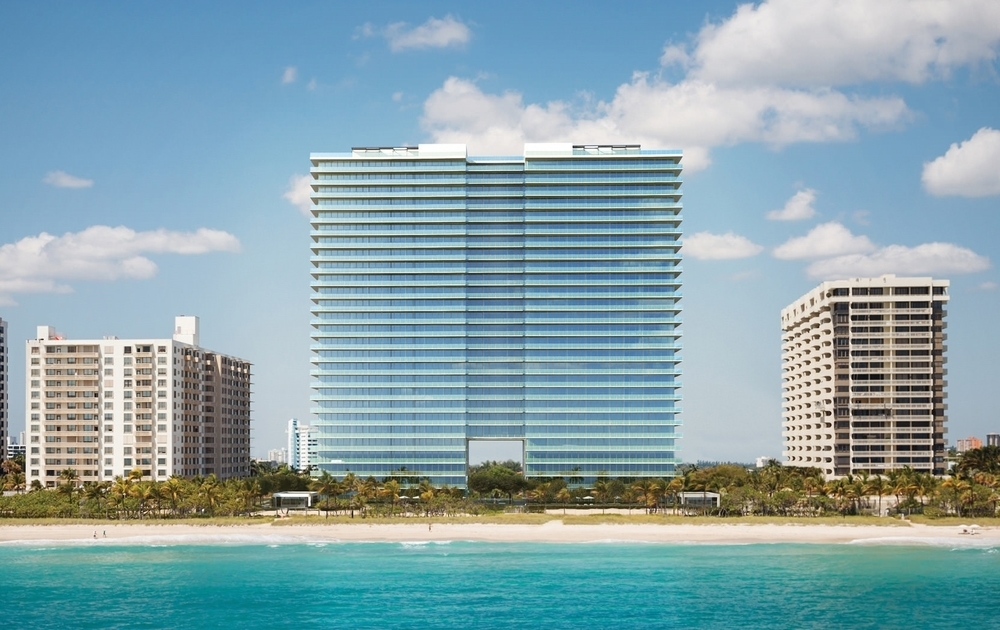 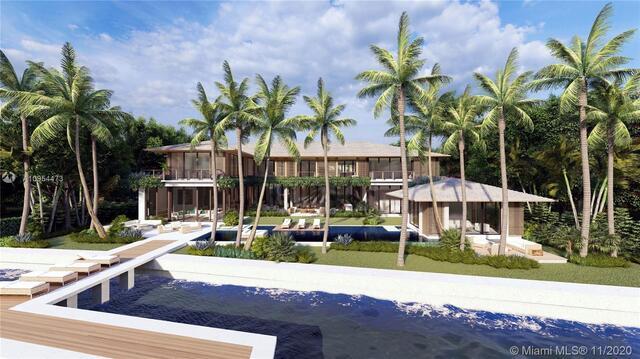