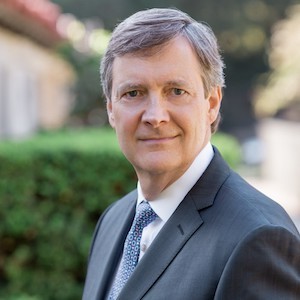 Born and raised in Northern California, Jim graduated from Stanford University in 1983 with an undergraduate degree in Economics. Jim began his professional career with Wells Fargo Bank in San Francisco as a bank auditor and was later admitted to the Bank’s prestigious loan officer training program. After completion of the training program, Jim moved south in 1986 and took a position with the bank in Los Angeles as an asset-based lender to middle market private import/export companies including such notable companies as Coffee Bean and Tea Leaf and Lamps Plus ultimately achieving the title of Vice President.

Jim started his real estate career in the early 1990’s with the Jon Douglas company. Utilizing his superior business and marketing skills, Jim quickly became one of the top producers in the company’s flagship Brentwood office. Jim was later promoted to associate manager for the office, a position he carried with him during the several mergers and ultimate purchase of the company by Coldwell Banker.

Jim joined Gibson International as a charter member in 2009 and assumed the role of associate manager for their Brentwood office. Jim continued his stellar track record to become one of the highest and most consistent top producers in the company. Jim carried forward his Associate Manager title with Compass and had continuous success as part of the ultimate California real estate company. In 2018, Pacific Union joined forces with Compass where Jim will continue to focus his business on representing high-end buyers and sellers across the Westside with a particular specialty in the Westwood and Brentwood neighborhoods.

In addition to his professional achievements, Jim has been a Westside resident since 1986. He and his wife Anne are supporters of the educational and community outreach programs of the Center Theatre Group, LACMA, Lupus LA, and all of their children’s schools and universities.